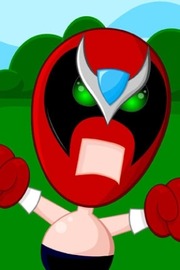 Software Library: Flash Games
All your base are belong to us
Feb 1, 2001 by The Laziest Men on Mars, Bad_CRC
software

Software Library: Flash Animations
The Terrible Secret of Space, by The Laziest Men on Mars
2001 by Jonathon Robinson
software

Software Library: Flash Animations
Do You Like Waffles?
- by Hallmark
software