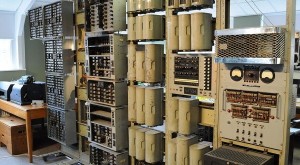 This collection consists of historical materials (often texts or writings) around the creation of software. In general, applications and code are not here but located elsewhere.

A wide collection of vintage and historical software, awaiting a final collection.

A collection of historical documents and source code around either the Atari Corporation of California, or work done on programs that ran on Atari computers.

The Malware Museum is a collection of malware programs, usually viruses, that were distributed in the 1980s and 1990s on home computers. Once they infected a system, they would sometimes show animation or messages that you had been infected. Through the use of emulations, and additionally removing any destructive routines within the viruses, this collection allows you to experience virus infection of decades ago with safety.

A collection of digitized scans from a large cache of documents related to the game publisher Infocom, Inc. of Cambridge, MA. Assembled by Steven Meretzky of Infocom. In 2006, documentary filmmaker Jason Scott began production on GET LAMP, a video documentary about the realm of text adventures and interactive fiction. Shooting and research time was roughly 4 years, during which Jason interacted with a large variety of members of the various communities and companies that made up the story of...
Topics: Infocom, Meretzky, Text Adventures, Scans, Maps, Game Design

Bally Alley is one of the precious few web sites dedicated exclusively to the Bally Astrocade computer/console. This site is a treasure trove of information for all Bally Astrocade owners, users, programmers and collectors.

From the MOCAGH.ORG site: "There are several "Video Game Museum" sites on the web, some much bigger and more elaborate than this one. So why have I decided to make this site? Aside from the obvious reason that I have too much spare time, this site offers something that no other site I have seen does, something invaluable to collectors. Being a collector myself for over fifteen years now, I always like to know if games in my collection are complete. While a few companies like...

This is a collection of computer game source code. The majority of these titles were originally released as commercial products and the source code was made available to the public at a later time. Developers have released these assets under varying licenses. Information about the license restrictions is included when known. If you are the copyright holder of a computer game and would like to make your source code available here please e-mail me at swizzle@demu.org . Or if you know of a game...

Started by Garrett "Mek" Dockery on August 20, 1999 out of his need to have screenshots for as many games as possible, the site was originally called Gamepics. On December 12, 1999 the first game scans were added to the site and they became so popular that by January 14, 2000 the sub-site Gamescans was online, followed quickly by merging off these two sites into the Video Game Museum, launching officially on January 26, 2000. In the following months and years after the merge, more...

DESCRIPTION
This collection consists of historical materials (often texts or writings) around the creation of software. In general, applications and code are not here but located elsewhere.
ACTIVITY