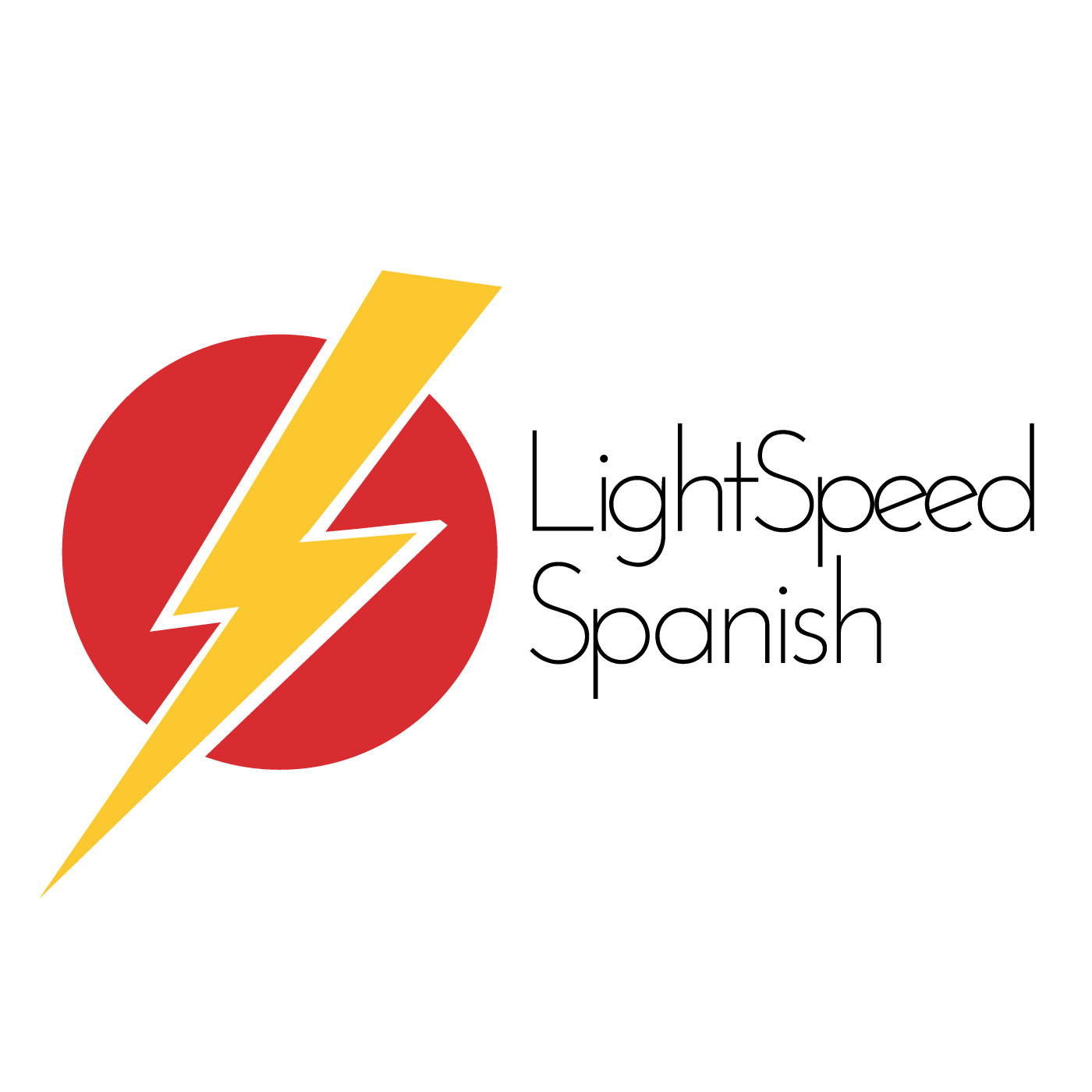 Stop, Look and Listen! I recall coming across the commands in Spanish very early on in my language learning journey. I have to say that initially I was uncomfortable. Why? I suppose it was for two reasons. One was that the very word ‘commands’ sounded a bit strong for my... Read more »

What are the Haber Subjunctive Structures? Basically, these are the ones that quite often catch us out. We’ve learnt the subjunctive triggers and are feeling pretty confident about how and when to use them and bam! Suddenly we are faced with the Haber subjunctive and we don’t know what to... Read more »

Remember in Spanish. Which one to use? If you’ve been studying for any length of time you will be sure to have had a moment in which you wanted to use the word Remember in Spanish. (or I don’t remember, for that matter) As you looked into whatever dictionary you... Read more »

Smaller than life Spanish Diminutives. Spanish diminutives are probably one of the great mysteries of the Spanish language. When I say ‘mystery’ I mean that in terms of understanding the system. There seems to be a distinct lack of regimented, clearly set out rules about the ending you give to... Read more »

Talking Spanish. Let’s be honest, no matter which way you look at it, we are all here to be able to do one thing and that is talking Spanish well. No matter how much we try to fool ourselves into thinking that we get more benefit from written exercises, or... Read more »

The Spanish Preterite vs Imperfect. In all of our private classes we probably spend more than 50% of our time helping people control the Spanish preterite vs imperfect tenses. Why? Well, there are two principle reasons. The first is that we talk in the past a LOT! The second is... Read more »

Spanish Culture Is it so different? Given that Cynthia and I are from different backgrounds, (I’m British and she is Spanish.) we have been able to appreciate some of the key differences between the two countries. Culturally, we are similar in many things and yet in others we couldn’t be... Read more »

Which one do I use? The question of “(Tú) Tu vs Usted” is always on the mind of students, especially when they are learning Spanish from Latin America. Most of us will know that the difference between Tú and Usted is simply the level of formality or politeness you want... Read more »

The Spanish Preterite. Why is it so challenging? If you are new to Spanish, or a seasoned student, the Spanish preterite will always be a challenging area of learning. The reason for that is that if we set it against any other tense found within Spanish grammar, it will come... Read more »

Adv. Intermediate – Lightspeed Spanish
Advanced Intermediate 26 – The Etiquette of Living In Spain or Being a Guest
Jan 21, 2014 by Gordon Smith-Duran
audio

There’s a right and a wrong way to do everything. Culturally, Spain is unique in as much as it has its own ways of doing things and behaving. Just like any country, there are certain rights and wrongs in how you relate to others. What might seem like an innocent... Read more »

Great Spanish Vocabulary. Travelling to Spanish Speaking Countries. According to the current statistics, more than one million Americans actually live in Mexico. On top of that, many tens of millions travel to Latin American countries every year, not to speak of those who cross the Atlantic to visit Spain. In... Read more »

Ser and Estar in the Past. For every self respecting student of the Spanish language, getting SER and ESTAR right is not only a challenge but often becomes and obsession. “Why on earth they have to have two verbs ‘to be’ I’ll never know!”we often mutter to ourselves. Still, no... Read more »

Spanish Commands The Imperative tense is a widely and oft used tense in all Spanish speaking countries. If you learn to use it well then you will find people will respond positively to your requests. However, like all tenses, if you use it badly then it could work against you.... Read more »

The Mediterranean Diet is renown throughout the world not only for its delicious dishes but also for its health benefits. In this podcast we hear from Mercedes, la madre de Cynthia y de Maribel, su tía, who talk us through what they perceive as the typical Mediterranean diet. The challenge... Read more »

Saber, Conocer and Decir in Preterite Past. These three verbs are surely some of the more interesting Spanish verbs because of the additional complications they pose to English speaking students. The fact that Saber and Conocer both mean To Know and yet those ‘knowings’ are most often very different makes... Read more »

We have previously covered the uses of para and now we complete the circle with a look at how to use por in Spanish. Por is certainly far more idiomatic and has an incredible rich range of expressions that are in daily use. However, more importantly, the rules behind the... Read more »

Do you know the difference between saber and conocer? Maybe you think you know these verbs already, however, like many areas of learning in the Spanish language, there are layers within layers of meaning for these two words. Did you know that the verb saber can be used reflexively giving... Read more »

Adv. Intermediate – Lightspeed Spanish
Advanced Intermediate Spanish Podcast 18 – How to Use Ya in Spanish
Nov 30, 2011 by Gordon Smith-Duran
audio

¡Hola! In this free Spanish podcast episode, we’re going to explain exactly how to use ya in Spanish. Despite being such a small word, just two lonely letters, it is probably one of the most flexible and diverse of them all. When we compare the uses of ya in Spanish,... Read more »

This most recent Advanced Intermediate podcast is all about how to use para in Spanish. Along with its partner in crime, por, para is one of the mysteries of the Spanish language that we will help you unravel. It seems that no matter how long people study the language, they... Read more »

In this free Spanish podcast, we interview with Elena Durán (la hermana de Cynthia) we discover an interesting perspective on life as a young person in Spain. Like in every culture, the Spanish youth have a certain lifestyle that they enjoy as well as things that are important to them.... Read more »

Following on from the previous podcast on indirect object pronouns (IOPs, for short) and their use, we now cover double pronouns in Spanish, or the redundant use of IOPs. What, we hear you ask, is that? Well, unknown to most students are a list of verbs that require the IOP... Read more »

So, what are the direct and indirect objects in spanish for goodness sake? And how on earth do you use them? All good questions, these. You might just know some of them already: ME, TE, NOS, OS, LE/LO etc. Well, firstly, it’s important to highlight that there are many differing... Read more »

In this episode of the podcast, we offer you the listeners some incredibly useful tips for learning Spanish. If you have been learning the language for any length of time, you will have realised that there is so much more involved in becoming fluent than many people realise. In fact,... Read more »

In this free Spanish lesson online, we look at “se”. Well, what can we say about “se”? If you’ve spent any time studying the Spanish language you will have noticed that it quite literally pops up all over in the Spanish language. It has been said that SE is a... Read more »

The passive voice in Spanish is one of those strange grammatical expressions that strikes fear into the best of us. The truth of the matter is that one of the challenges of learning a language, be it Spanish or any other, is actually understanding your own grammar. We have found... Read more »

Have you ever visited a small, sleepy Spanish village? Despite the fact that Spain is fast becoming a modern country, it is still possible to find many small villages throughout the whole of Spain that are pretty much what you might expect from the typical “aldea española”. In this free... Read more »

The eight of our advanced intermediate Spanish lessons is all about impersonal verbs. As a conversation piece, these verbs are a real must for any serious student of the Spanish language. Why? Because, firstly, in conversation it’s so important to be able to express your opinions in a clear and... Read more »

In this free Spanish lesson online, we have a chat about driving in Spain. Every country has its style of driving, and none more so than Spain. Certainly in the area around the capital, Madrid, drivers tend to be quite aggressive, although not all of them. Peeping the horn is... Read more »

This intermediate Spanish lesson is all about “mascotas”, or, in English, pets. We all love our pets and none more so than the Spanish. Because many Spanish people live in “pisos” or what we call apartments or flats, they tend to limit themselves to small dogs and so, at any... Read more »

Listening practice in Spanish is a key part of learning the language. Listening to children talk in Spanish is no easy feat. What is interesting, however, is the way Ulises, (el hijo del primo del padre de Cynthia jeje) talks us through his daily routines in a very matter of... Read more »

Commands in Spanish — otherwise known as the imperative tense — are one of the most important aspects of the Spanish language. No matter where you are you will be faced with someone telling you what they want you to do in Spanish. Don’t be shocked! They mean no offence.... Read more »

In this free Spanish podcast, we discuss talking about the future in the Spanish language. There’s a strange phenomenon that often occurs when students of Spanish first learn what is called the Future Indicative (I will…). Suddenly, they begin to use it constantly, whenever they are talking about anything beyond... Read more »

The Spanish Past Tense using the Preterite and Imperfect. If you’ve ever had the pleasure of listening to a professional story teller you will perhaps have noticed that one of their skills is that of being able to weave the story together through the clever use of all the various... Read more »

Possessive Pronouns in Spanish. Possessive adjectives and possessive pronouns in Spanish form such an intrinsic part of the language that it’s important that you make sense of them so that you can use them well and accurately. Not surprisingly, due to their complexity and to the multiple options that they... Read more »

Why the Preterite in Spanish? A recent study that was made that focused on the use of language showed that a typical conversation tends to fall into two categories: We are either talking about the future or we are talking about the past. Of course, we didn’t need a language... Read more »

Archived from iTunes at https://itunes.apple.com/us/podcast/adv-intermediate-lightspeed-spanish/id636421393. Items in this collection are restricted.
ACTIVITY