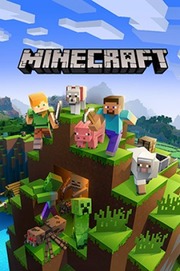 AKA the lost and found minecraft version put the a1.1.1.json into the same folder as a1.1.1.jar this is to solve the gray screen bug. must be on %appdata%/.minecraft/versions/a1.1.1
Topics: minecraft, mojang, minecraft_alpha, games

Changelog Added  OP-Sign : Generates a sign that can make you an admin. This sign contains a special code that causes it to run a command whenever someone right-clicks it. The command will always be executed with admin permissions, no matter who is clicking on it, so it can run commands like  /op YourName . Added CrashChest: Gives you a chest that can crash other players and prevent them from joining the server (they will get a crash every time they try to join). In order for this to work,...
Topics: wurst client, minecraft, hacked client

Changelog Wurst will now take full advantage of Java 8. Added GhostHand: Allows you to reach specific blocks through walls. Added  .ghosthand : Specifies the ID for GhostHand. Flight bypass  now allows you to fly back up to the Y level where you started. Improved the GUI. Improved performance. Flight  & Jetpack will now disable each other. Removed the LSD EasterEgg.
Topics: wurst client, minecraft, hacked client, wurst 2, wurst 2.0