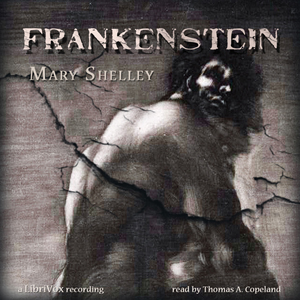 A mentally unstable genius, Victor Frankenstein, inspired by the dreams of ancient alchemists and empowered by modern science, creates a humanoid but fails to nurture and educate it after it comes to life. It wanders alone into a hostile world, where fear of its size and ugliness subjects it to violence and ostracism, which in time it learns to blame upon its maker. As compensation for its suffering, it demands that he create a companion with whom to share its outcast life. Moved by the creature's account of its sufferings, the scientist agrees, but a long period of procrastination awakens doubts that ultimately cause him to break his promise. In retaliation, the creature begins a campaign of vengeance. Although its serious crimes are limited to those which will wound its maker's heart, Victor imagines much more widespread harm, supposing the human race itself to be the creature's intended victim. There then follows a chase into the frozen north, which the creature prolongs so as to destroy his pursuer by exposure and exhaustion.

This story, narrated by Victor, forms a frame surrounding the creature's tale of its wanderings, education, and unhappy encounters with human beings. Victor's narrative is itself framed within a series of letters written by the young mariner who rescues him from an iceberg while engaged in his own ambitious scientific endeavor, searching for the North Pole.

This novel was begun while the author and her lover, Percy Shelley, were in hiding from her father and Percy's wife on the shores of Lake Geneva, where they were the frequent house guests of Lord Byron. The young people all began to write "ghost" stories, but only Mary's was destined to enjoy success. The novel was published in 1818. Percy contributed a preface and later made extensive emendations. After his death Mary herself thoroughly revised the text and published it again in 1831. This is the text read in this project. (Summary by Thomas Copeland)

For further information, including links to online text, reader information, RSS feeds, CD cover or other formats or languages (if available), please go to the LibriVox catalog page for this recording.

For more free audio books or to become a volunteer reader, visit LibriVox.org.

Uploaded by librivoxbooks on August 5, 2013