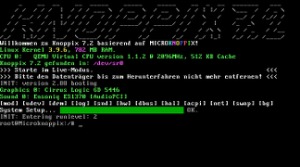 DESCRIPTION
Linux Pro Magazine keeps the emphasis on real-life, practical techniques, which has helped make it one of the fastest growing Linux magazines worldwide. Linux Magazine (ISSN 1471-5678, aka Linux Magazine International; North America: Linux Pro Magazine, ISSN 1752-9050; German: Linux-Magazin, ISSN 1432-640X) is an international professional journal. It addresses itself to readers who work professionally with operating systems based around the Linux kernel. Linux Magazine is published by the Linux New Media division of the German media company Medialinx AG. Linux New Media is the largest Linux magazine publisher in the world. Linux Magazine was first published in German in 1994, and later English, Polish, Brazilian Portuguese and Spanish versions were introduced. Medialinx has operated internationally for over ten years. The magazine is published on the first Thursday of each month. Every issue includes a DVD, usually featuring a recent version of some Linux distribution. The website keeps a comprehensive archive of back issues, with content more than 6 months old available as a free download in PDF format.
ACTIVITY