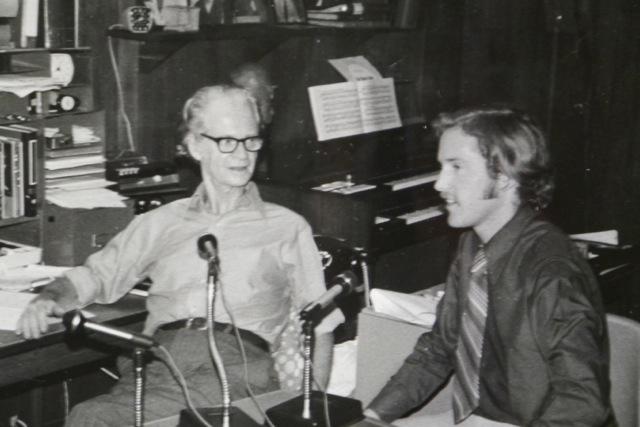 Douglas Cooper and George O’Brien visit B. F. Skinner, the behavioral psychologist, at his home in Cambridge, Massachusetts. They discuss Skinner’s youth, his views on the future of the United States, and the implications of his psychological work.

When Skinner was young, he originally pursued writing. At Harvard, he received a great deal of encouragement from a number of mentors. There was not much work being done in behavioral psychology then, in the 1930s, but Skinner and his contemporaries pursued the field and it grew.

They discuss technologies of behavior, the workings of reinforcement, and the difficulty of predicting the future, as well as problems with the strategies developed by the environmental movement. Skinner believes that people are inclined to forget things that scare them, or to push them aside. They also discuss the problem of disengaged youth.
The Douglas P. Cooper Distinguished Contemporaries Collection (1967-1974) contains rare interviews with influential writers, statesmen, artists, songwriters, journalists and others who have left their mark on our culture.
Source: The Douglas P. Cooper Distinguished Contemporaries Collection