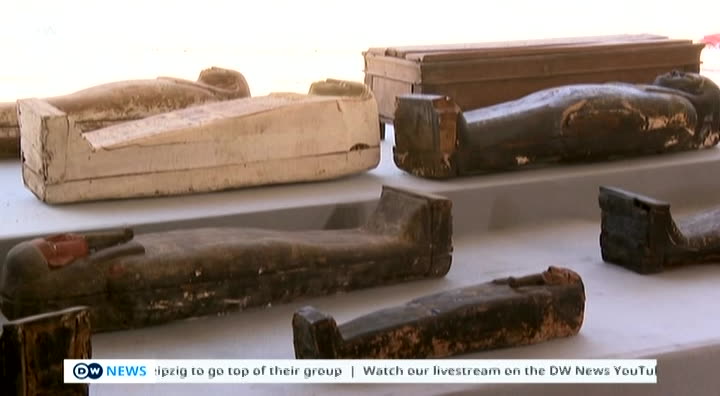 so they used the body and didn't already voted it on their own body that one longs for what they were. archaeologists expect to find more mummies at this massive burial site site of the gyptian capital cairo. and has the latest sunday w. news of these back at the top of the hour with an update. thanks for watching. to come to us bobby riggs against corruption. let's return to this point coming from the king family to become president of challenges of
7:16 am 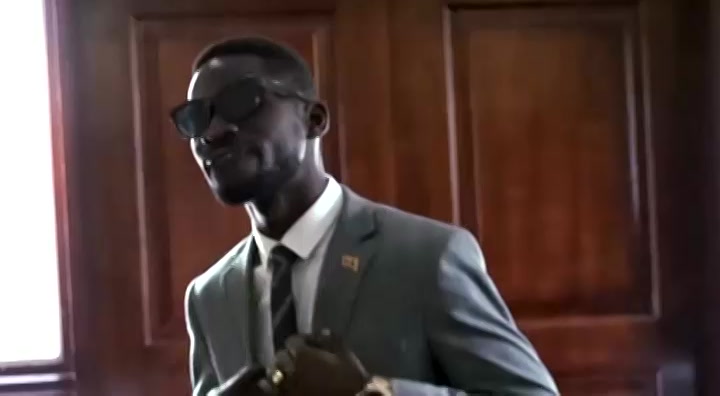 the credible story. of, the start december 10th, d.w., i have down syndrome and i have a disability that i know, but actually that's not true. and it's not always feel pretty here. a diesel wants to be a professional dancer. he trains every day with a dance company in germany's black forest region. it's called seen outside are seen to hear dancers with and without disabilities perform together. the company doesn't view yorks condition as an impairment, seeing instead his artistic potential to
7:17 am 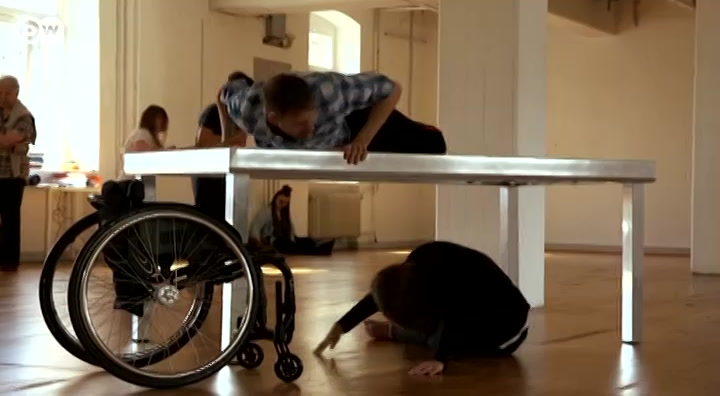 last at least first they stretch and warm up and take time to center themselves. it's a special day for the dance company. day after talks the 1st day of the new production oil puts you on the tour. the 1st performance will be in a few months time and the 2 choreographers playing sanchez and tino myna will have their work cut out for them. as will all the members of the group. because everywhere her soul begins with a meditation group and it would be hot. the training here focuses not only on producing a top performance,
7:18 am 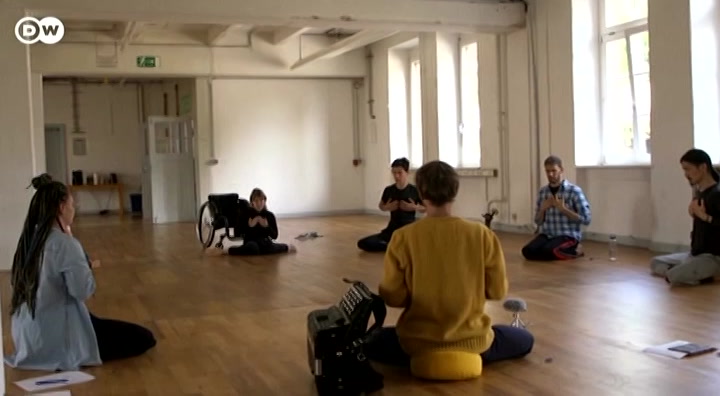 but also on developing the ability to look into words and his approach and has a be able force. it's called no name. asterisk, the musical yes, it's about gender and diversity and it will be your expects production with scene. it's fine. he's been a part of this inclusive ensemble for 6 years now. it specializes in contemporary dance theatre bringing together performers with and with disability. artistic potential is what counts here, nothing else. and there's plenty of that. whether it's ricardo, who's an able to walk or your who has down syndrome to me being different is normal for me. and so is accepting the way we are to team somebody using mind. seattle is just to be
7:19 am 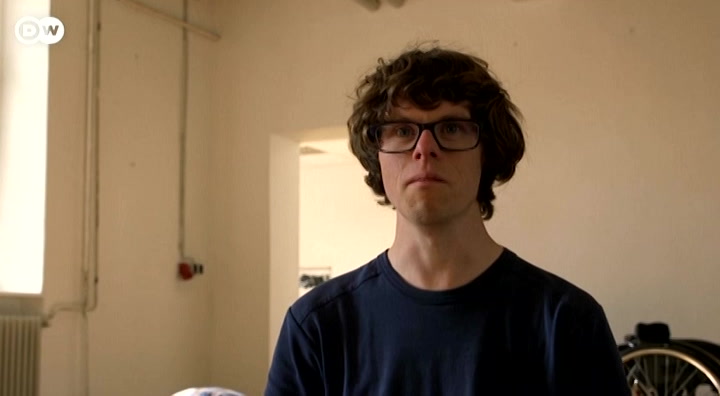 a dancer and so on this if you do and don't sing is my thing. this is a map of people. but i love the movement of america. i've realized that i need movement. i need it for my mind, but also for my fault. but in my mind, i'm just sitting in a wheelchair the whole time. i would be terrible night. my tummy dancing is about lightness and strength. but don't sing is also making more self-confident. one of them is that the poster you have become a so confident, young woman. i notice that in myself now here again, ricardo still need to complete their training as professional stage dancers. they spend every afternoon here in the mornings they do with china, been a workshop for the disabled
7:20 am 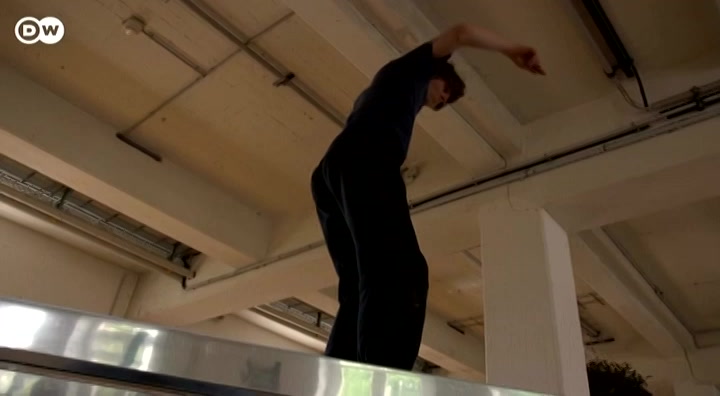 choreographers, t.-mo, heiner and sanchez develop their ambitious training concept together. they feel that dance companies generally should be more open to people with disabilities, giving them equal opportunities, walled off inside kenosha tons. contemporary dance is about expression. it's good movement dealing with various themes on the stage group body language. there she would need a team in suspicion of to be in the need money that individuality . yes, diversity and working with different people should bring them together on the stage, each person in each body where there without the disability will fill these points . tif, i need to support this contemporary professional dancers what they are interested in like disabled or even inclusive,
7:21 am 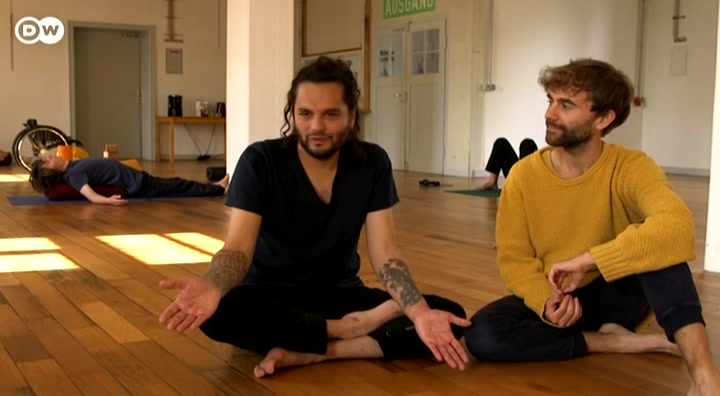 no one but not everyone agrees with their approach to dismiss the found us beyond. of course we have to be honest and say that many theaters and other establishment that he'd like to work with are performed projects with are not open to us to do if i'm going to 50 1. and that's because of discrimination. it intimidates communion to some members of the ensemble live in shared accommodation. not far from the rehearsal room. they've come back for a break. this is it, and mccoy. as many as you think, he's your cans out piece of cake left over from his 25th birthday party earlier in the week. maybe not 5 years ago here and moved out
7:22 am 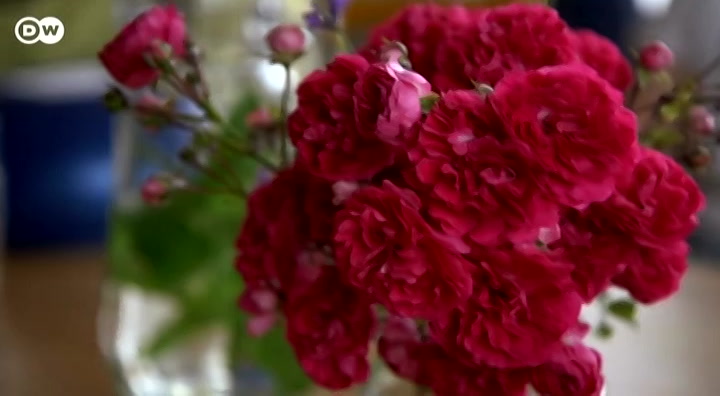 from his parents' home, 450 kilometers away to come and live here in this accommodation for him. it was a big step towards independence. and i've heard that included about it twice. did you? i suggested it in the group that and you're straight away. ok. yeah. all moved to the black forest. yup, that's right. no news media being able to do things like this for me is like teaching the way the barriers and moving forward for my son, it's about positive thinking and not seeing things so negative. you know, he spends many hours a day rehearsing, often alone today too. he heads back to the dance around. after everyone else is finished. he wants to show us a solo dance that he performed on stage. and a few months ago, he received
7:23 am 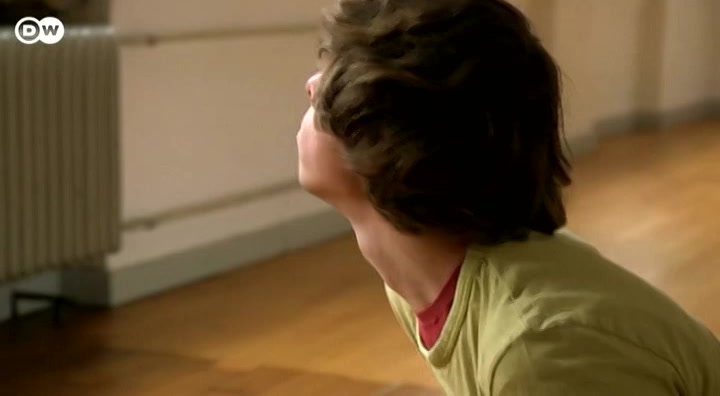 a grant to take part in a very high profile dance workshop. he was the 1st dancer with a disability to be seen, such a grant. i was so relieved to have so many people in the audience. so if you have some shots and to be able to give my own performance, i think i found some mom, i think it was really, really good game and being able to show them my abilities and strength, but my potential so that they can see yes, that's a dancer? yeah. settings. he has a disability, but he's a normal person. i managed to meet dancing and performing on stage is something completely natural for him. what he wants is
7:24 am 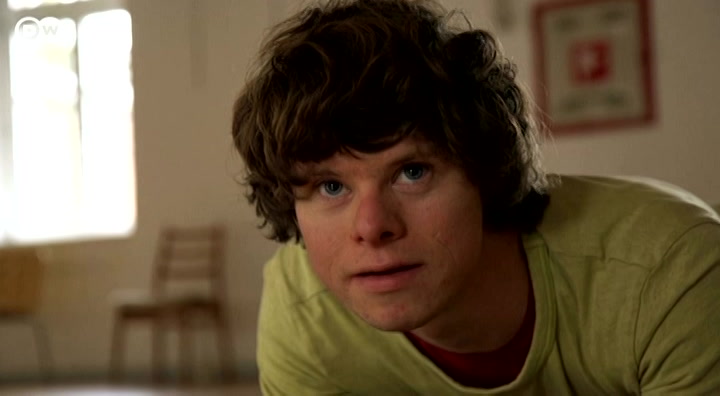 for the audience to see him as a professional dancer. nothing more, but nothing less either. i have a down syndrome and i have a disability, but actually that's not true. that's not how i feel. i'm just a normal person like you and you know, we returned to the dance company 4 months later. it's no just a few days to go before the premiere of the new production. from time to me, i'm really looking forward to the time pretty novice gets. we've now reached a final point where the production doesn't belong here anymore. so now it needs a stage. and the
7:25 am 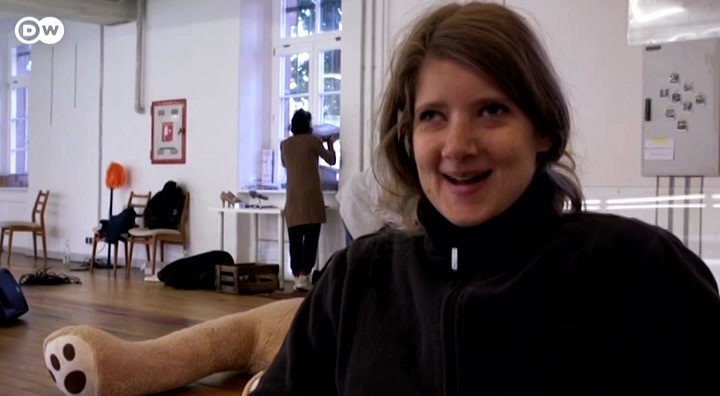 state's beans make up. and constance, today's the 1st full dress rehearsal jerk is hoping that this premiere will bring him another step closer to his goal. and this is going to almost like to do other things too much. just david theall. that's why once he's completed his dance training kit seen, it's only like to take on roles with other dance companies that don't normally include artists with disabilities. heroics, colleague fernando paul, sarah, often dances with other conventional companies. he says, competition between the dancers is fierce, not like it's aimed at sinai, where there's more, a sense of team spirit to dancers are very similar to automatically compete with each other on the same or different they are. the less that happens here is that everyone seeks to draw the best out of each other, not this, that of constantly comparing themselves to say hello to your mum 1st. you know,
7:26 am 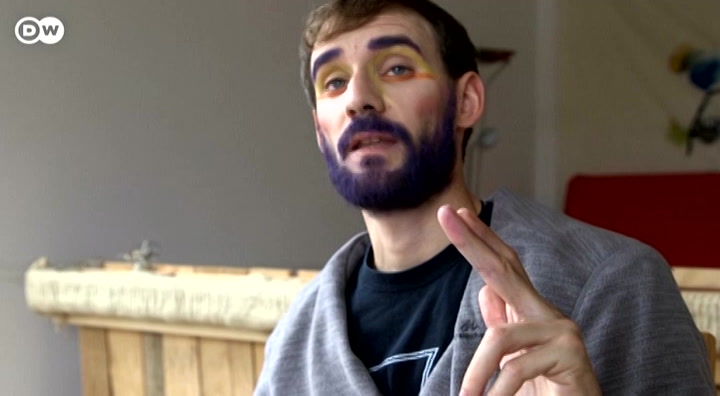 it's their 1st reunion in months. york's parents have travelled right across germany for the premiere to watch their son perform. they noticed his dance, tell it early on and encouraged it. but they never thought he could have a professional dance career separate as my, i didn't take it so seriously. the guns and why? because i couldn't see that he has any prospects. that's how you know, we have to have been through higher education to do training like that wind and the opportunities just aren't that tighten up today. they're grateful that you're grabbed his opportunity when it came and other to do that
7:27 am 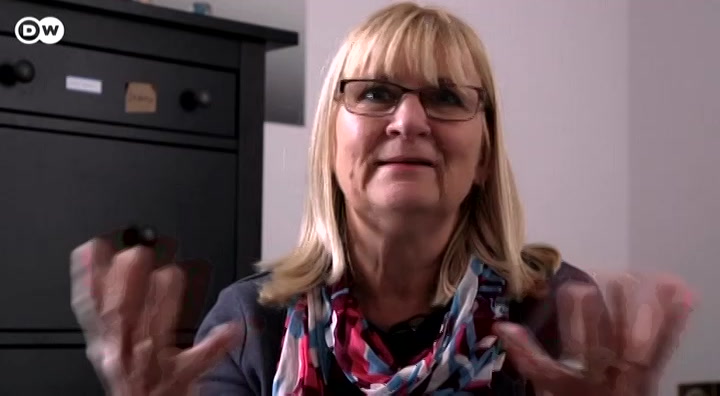 because development, he's undergone a sensational for us to never expected that you're going to be so independent in this and live out his talents or so i'm told and like him. so we want to come finally the big guy, darius, they're performing it in theater, in the city of a quite thing, and they're about to go on stage. you know, i'm a bit nervous, but i'm really looking forward to this premiere of the, for me, i just feel like a professional dancer person at a time. so the production explores the role reversal of one time in a wheelchair, the boundaries between different genders, merge as the performers have a fixed identity, they're constantly changing the
7:28 am 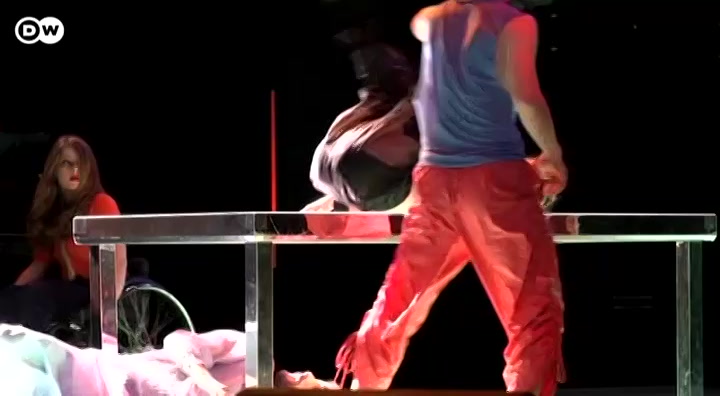 premier is there for sounding success. the hints of the left don't sing, it's really amazing how i've never seen anything like that before. i thought it was really beautiful and the variety of don't styles and so free this guy. your thanks there. can't pin the fairy tale. he hopes to convince many more people in future that artist like him to make contemporary dance richer and more diverse
7:29 am 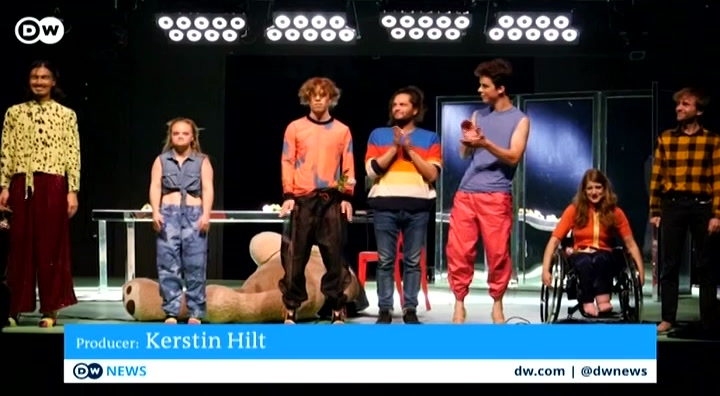 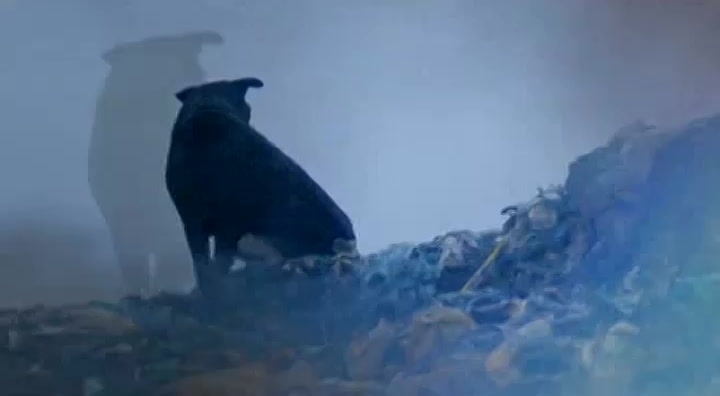 discover the a the, a subscriber to the documentary on to a dairy farm on a floating platform in the netherlands. is the 1st of its kind worldwide more on that later.
left
right
Borrow Program
tv

Captioning provided by Automated Speech Recognition, not the broadcaster