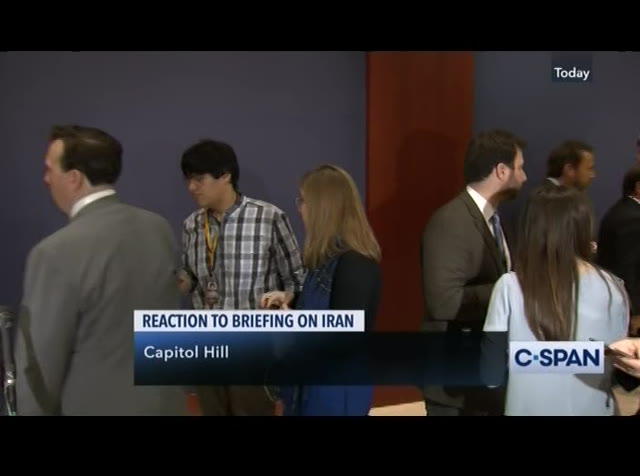 thank you. captioning performed by the national captioning institute, which is responsible for its caption content and accuracy. visit ncicap.org [indiscernible] >> i thought the briefing was very helpful to have the secretary of state, secretary of defense and the other intelligence officials walk through the history soleimani had of inflicting terror and murder not only to americans to others in the region and the fact he was plotting further attacks to kill americans. it was time to take him out. real question i would ask, is the world a safer place without soleimani in it? and based on his own history as
7:55 pm 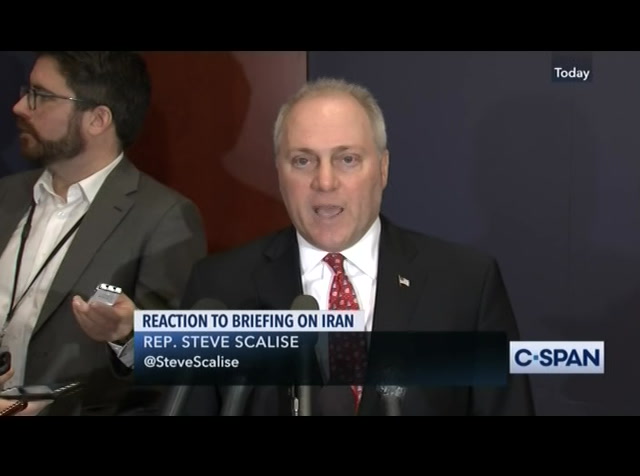 a terrorist and the things he was plotting against americans, the clear answer is yes, the world is a safer place. the intelligence was played out not only why and the justification. there is a clear legal authority aumf. ack to the mr. scalise: president obama used that authority, which we supported, president trump used that authority to take out soleimani an identified terrorist and he was in iraq plotting further attacks against americans with other heads of terrorist organizations. i think it was very helpful to have and packed house that came to hear the intelligence and ask questions and i think it was a very informative briefing.
7:56 pm 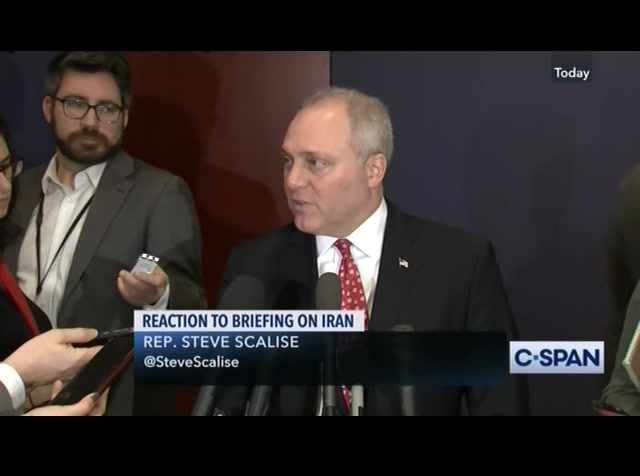 [indiscernible question] mr. scalise: i think it would be a mistake for democrats to retort some of the iranian talking points to concrete size the president when soleimani was known by everybody to be a bloody terrorist. this was a bloody terrorist who had been response i will for hundreds of american lives and plotting attacks against more americans at the time. if they want a full debate, that has been going on for a long time and it it was passed and gives the president clear authority to take action. and fair for congress to debate whether that law needs to be revised but clear authority. when we are in the middle of actions by iran against america, we should be coming together to
7:57 pm 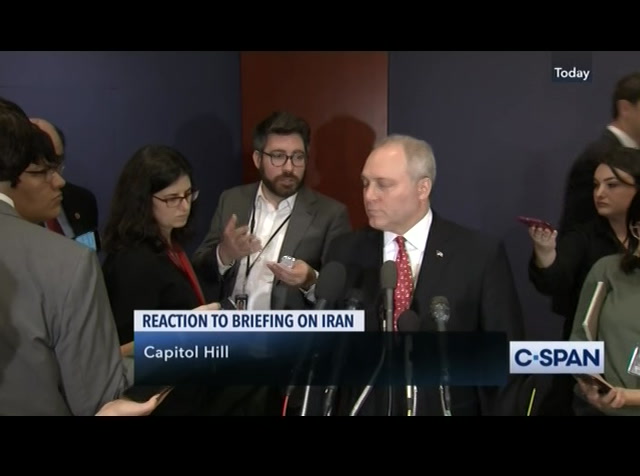 support our commander in cheach to protect america and not limit the president's ability. the president took out soleimani and has a clear plan to protect americans not only here in america but in bases all around the world. [indiscernible question] mr. scalise: clearly, there is a lot of documented information about the kind of attacks soleimani plotted and against americans. killing service members and kidnapping people and plotting future attacks and you can't go into full detail about the detail of those future attacks.
7:58 pm 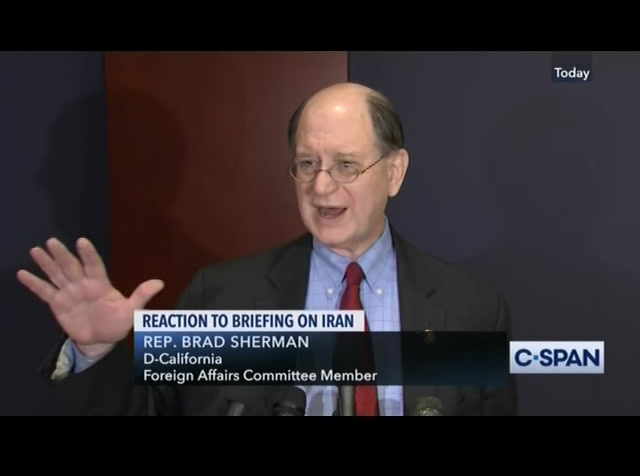 how many more americans did he need to kill before someone who is going to support and take him out. i would go back to my basic question, is the world a safer place? the answer is he yes. thank you. [indiscernible] mr. sherman: i heard a very unpersuasive discussion of why to act now. what i didn't hear at all was justification in terms of our long-term policy. soleimani has been responsible. there is blood on his hands but the real goal is to prevent iran having a nuclear weapon. the strategy that the president employs, what is the the purpose of
left
right
Borrow Program
tv