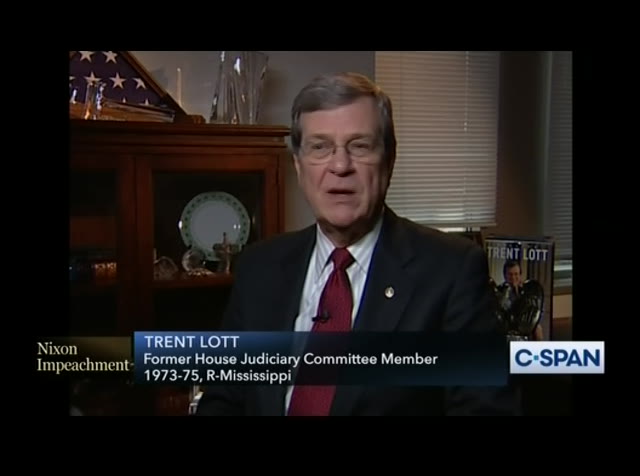 a 100% record of winning every issue while he was the whip. they never had a single vote. he went on to be confirmed as secretary of defense. the relationship continued and it does to this very day. we were with them last monday night and we are good friends aside from all of our political activities. lott, thank you for your time. joining us on the phone is anita kumar. she covers the white house for politico. walk us through what you expect from the white house and the house to make rats before the hearing gets underway tomorrow. -- house democrats before the hearing gets underway. flex when they put out the document about the meeting, they let, give us a hint. which lawyers would be there for the intelligence and judiciary
4:08 pm 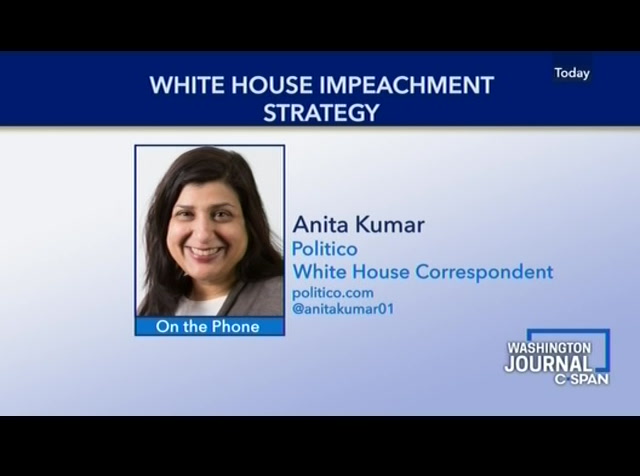 committees. i take it to mean the people from the judiciary committee are going to be there because they will talk about the mueller report. we were not that sure. i think we are going to be hearing the evidence they have against the president both with on ukraine and the russia investigation. they are going to have republican representatives as well. i feel like they think they are going to have enough to possibly vote in a committee later this week. you asked about the white house. we are not expecting much. i expect more rapid response from the trump campaign and the white house but no one as you mentioned earlier, no one will be present. they will be watching from outside. you were asking about that trip to iran as the president visited with the troops on
4:09 pm 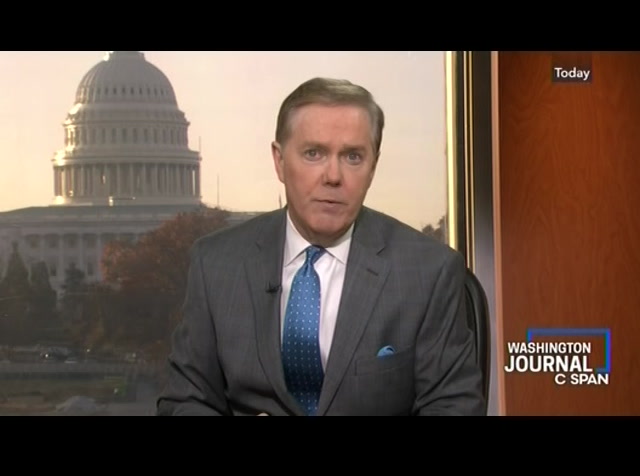 thanksgiving. in your interactions with him and observing him, what is his overall demeanor as the process unfolds? a great question. a lot of people we talked to at politico that are close to him inside and outside, they say it goes back and forth. he is paying attention to what is going on. as there is good news or a witness he feels is good for them, he is happy. there are times he has been frustrated. overall we are hearing the theres, he is mindful will be good days and bad days. he is waiting it out until the senate trial. they have already started appearing for that trial which we would like to think would be in january. they have been meeting with senators and talking about who they want as witnesses. they are waiting for this house piece to go. they know what is going to happen. it will be a partyline vote to
4:10 pm 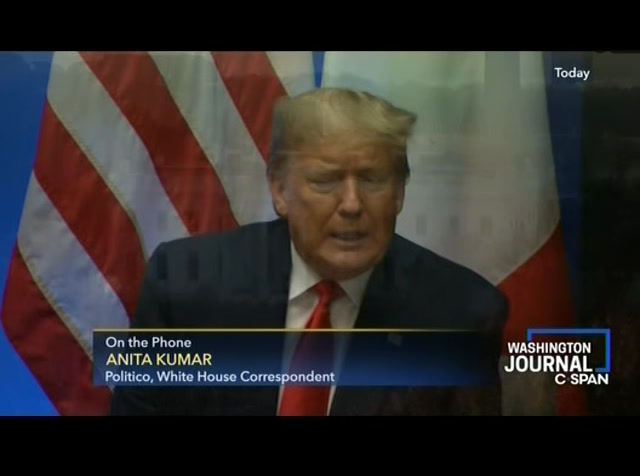 move this forward to the senate. since they are not presenting their own evidence, it is all about what is going to happen next year. thean republicans claimed process is not fair when the white house is refusing to send people to this hearing? >> you will hear people say both sides of that. >> you heard the democrats say that immediately. how can they say it was unfair, they can't participate. perspective, house they are urging the president not to participate because they are saying if you say the system is flawed, the investigation is an you participate, you are legitimizing that and they don't want to do that. they want to say for the next few months it was not legitimate, not real. they never want to be a part of that. that is the thinking. there is another reason the
4:11 pm 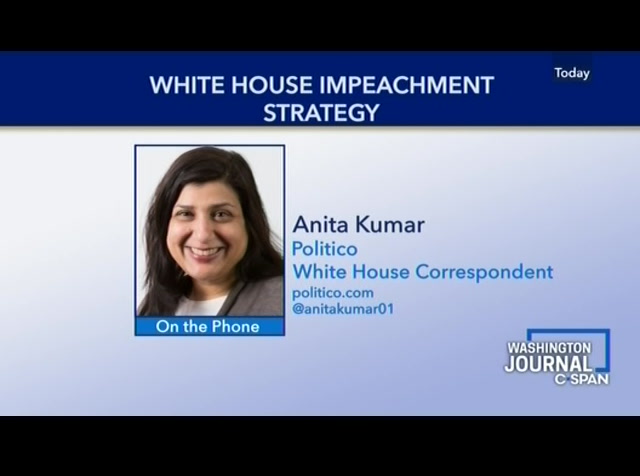 president is satisfied, and it is interesting. very weeks ago, he was frustrated with republicans in the country. these are state officials not defending him or doing up ads, defending him on what he did with ukraine. now he feels like house republicans have stepped up. he feels sort of confident they can defend him during these committee hearings. he can do it for him. she is one of the editors at politico.com. from judge jeanine on fox news and the headline, mike pence saying it is not a foregone conclusion the democrats will secure votes for impeachment. what can you tell us? know.on't really
4:12 pm 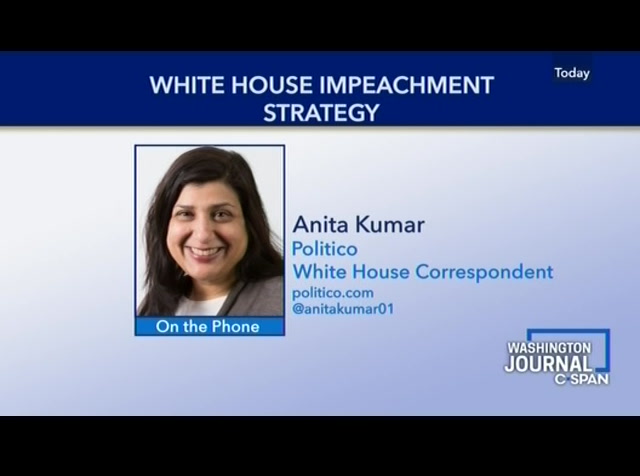 it was a surprise. my understanding is they are counting votes on both sides. it seems from everything we have seen publicly the democrats will have enough votes. there is infighting. there are disagreements on the democratic side. what the articles should be. perhaps she is referring to that. they could lose some people if they make the articles to broad. broad. many people want to keep it to just ukraine and not keep anything else. toerates are saying it needs just include that or they will feel uncomfortable but the progressive wing wants to broaden it. you might be talking about different disagreements. i haveof the counting seen on republicans and democrats, it seems like they have enough votes to go forward.
4:13 pm 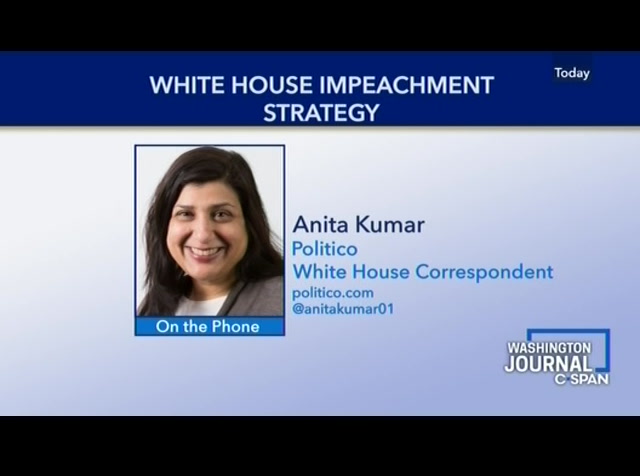 i don't think speaker nancy pelosi would push this forward unless she had the votes. >> you were always gracious with your time here on c-span. we appreciate your insights. my final questions is what specifically will you be looking for? >> i will be looking at the inspector general report coming out of the department of justice because i expect a strong reaction from the white house and the trump campaign. this is the report into whether it was political bias and how the department of justice started the investigation in the first place into the russia -- to the trump campaign collude with russia in the 2016 election? the reason i am looking at this is because the president talks about this all the time. he talks about how it started from bad information, the wrong place, that they should not have
4:14 pm 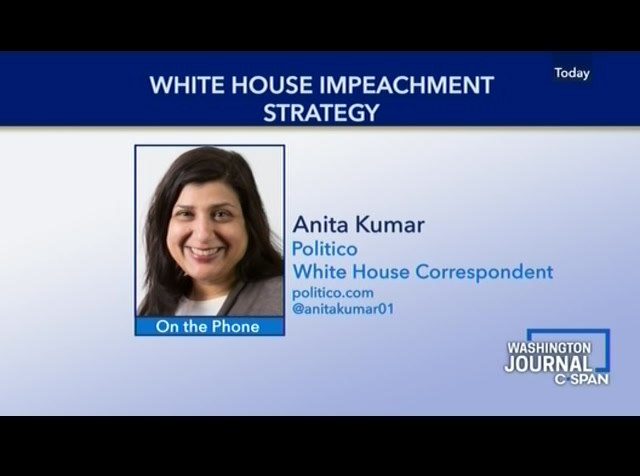 investigated him before he was president. he has been pushing on this inspector general report. in the last couple of days you have heard leaks coming out saying it is going to say they were fine to start this investigation. there was no interference. if it is the case, and i don't have knowledge, i want to see what the president does. it is something he has been talking about for three years. if it undercuts his argument, where does he go? >> will follow the details. thank you your time. >> thank you. announcer 1: as the inquiry continues, we are looking back at watergate and the impeachment of richard nixon. for more interviews with key players, the watergate hearings and discussions on the process, go to c-span.org and type the senate impeachment -- nixon
4:15 pm 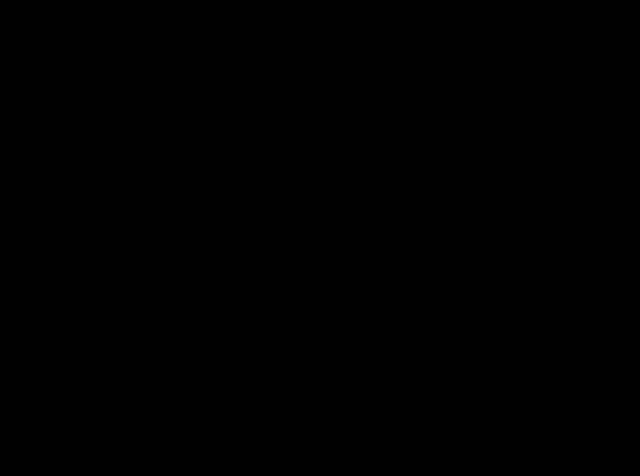 impeachment in the search bar. "washington journal" live every day with news and policy issues that impact you. we are getting your reaction ahead of monday's house judiciary committee impeachment hearing. withthe discussion facebook, -- facebook calls and tweets. watch "washington journal" live 7:00 eastern monday morning. ♪ announcer 1: presidential candidate representative tulsi gabbard spoke with supporters in jeffrey, new hampshire. she is in fifth place with 5% of the vote in the granite state according to a politics average. new hampshire holds its primary february 11. [laughter] --
left
right
Borrow Program
tv