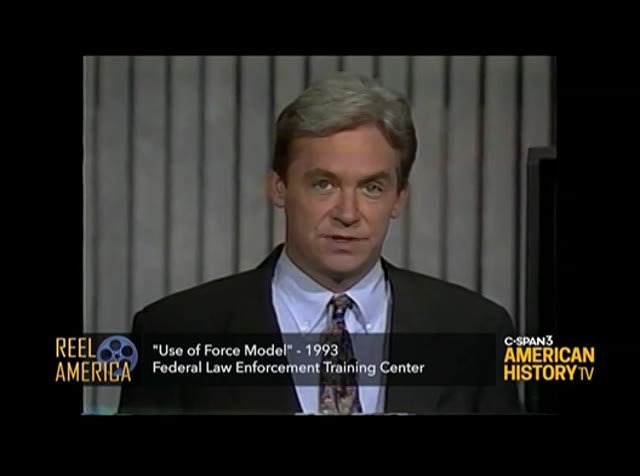 really do lay in the balance. the training professionals at law enforcement training center recognize the critical nature of these day to day decisions. as a result, they have designed a use of force model, which can help identify and interpret various levels of resistance in a given situation and which suggests corresponding standardized responses to each of these. >> climatic moments of democratic convention. months of politicking reached a decision as candidates placed in nomination before a democratic national convention that reflects a party tradition of hard infighting despite steamroller drive of robert f. kennedy. lyndon johnson poses a principle challenge. after his strong showing the solid support, he was named vice presidential candidate and a bid for party unity. from the start the man to watch
4:16 pm 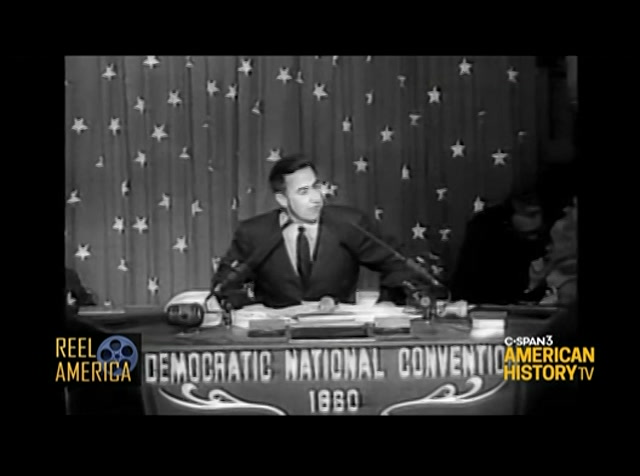 was a hard running senator from that massachusetts placed in nomination by minnesota's governor orville freeman. >> for mankind everywhere, the great senator from the state of massachusetts, john f. kennedy. >> the front-runner faced the challenge of another popular democrat nominated by senator eugene mccarthy. >> this favorite son i submit to you adlai stevenson of illinois. [ cheers and applause ] stevenson's nomination touched off one of the conventions spectacular outbursts. among his supporters, eleanor roosevelt and new york's governor, two of the party's most prominent figures. but on the balloting, it's a
4:17 pm 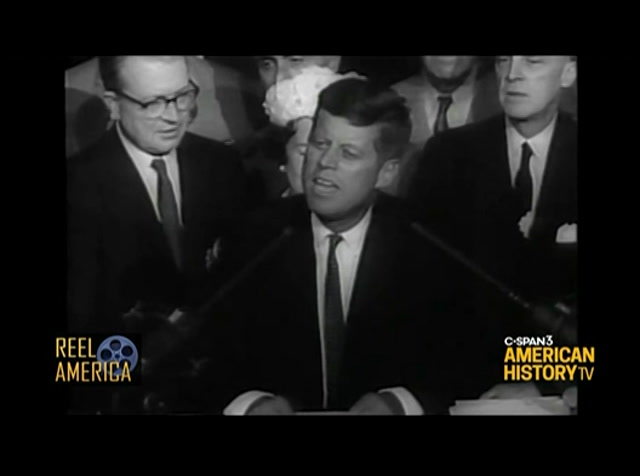 kennedy landslide. >> mr. chairman, wyoming's vote will make the majority for senator kennedy. >> before the first ballot is completed, wyoming clinches the kennedy try up with deciding vot votes. a tremendous first ballot victory and the new standard bearer makes his appearance. >> in our devotion to this country, we wish to keep it strong, and we wish to keep it free. it requires at this political time the best of all of us. i can assure all of you who have this confidence in me that i will be worthy of your trust. we will carry the fight to the people in the fall, and we shall win.
4:18 pm

>> as the gop convenes in chicago, governor nelson rockefeller of new york dominates the scene in the early hours. although declaredly not a candidate for either the presidential or vice presidential nomination. his proposals for the republican platform, agreed to by vice president nixon, touched off a storm of controversy. mr. nixon's overwhelming position as the gop favorite was unshaken. but interest in the convention was rousted beyond early expectations. as the convention got under way, there seemed no doubt richard nixon would be the standard bearer of the grand old party. but the contest for the position of his running mate seemed wide open, perhaps to be significantly influenced by the argument over the party platform, which threatened to carry it to the floor of the convention itself. the 27th republican
left
right
Borrow Program
tv