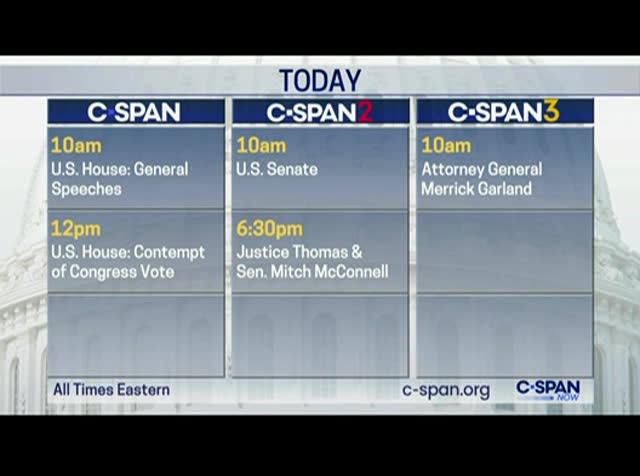 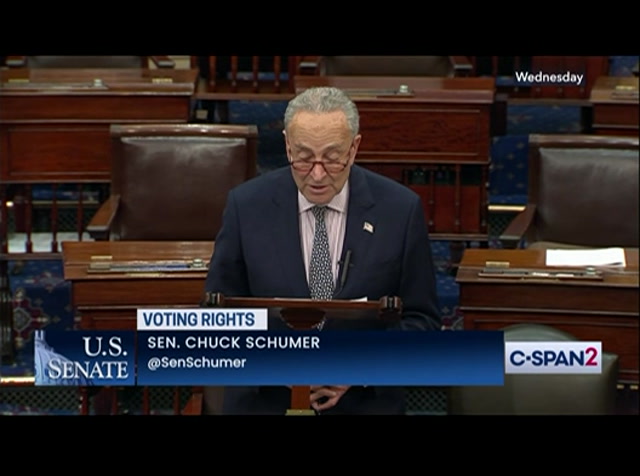 what just -- i want to be clear about what just happened on the floor of the senate. every single republican senator just blocked this chamber from having a debate simply a debate on protecting americans' right to vote in free and fair elections. a little over a year ago, our country held the safest, most accessible,t on-the-level elections in modern history. our former president could not accept defeat with grace. he refused to show fidelity to the democratic process. instead he told a big lie, a big lie that has now poisoned, poisoned the root, of our democracy. capitalizing on this malicious lie, his acolytes and conservative-controlled legislatures are now passing laws across the country making it harder for younger, poorer, urban and non-white americans to participate in our elections.
6:05 am 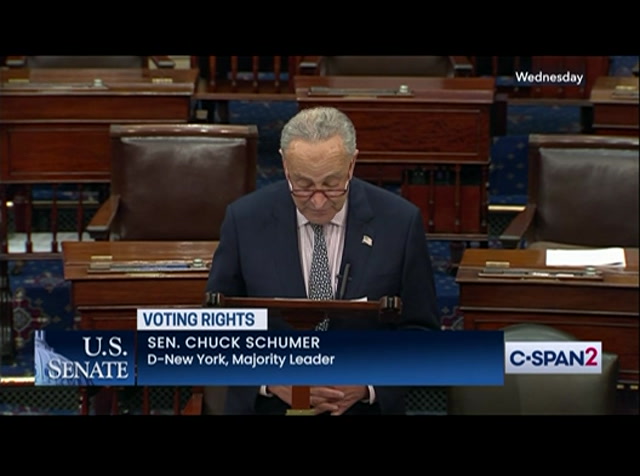 the laws are a direct attack on our fundamental liberties as american citizens. if there's anything, anything worthy of the senate's attention, it's unquestionably this. and yet given the chance to respond to an obvious problem, given the chance to merely debate these latest threats against the franchise, senate republicans voted unanimously, unanimously to block any opportunity for action. let there be no mistake. senate republicans blocking debate today is an implicit endorsement of the horrid new voter suppression and election subversion laws pushed in conservative states across the country. by preventing the senate from functioning as it was intended, republicans in this body are permitting states to criminalize giving food and water to voters
6:06 am 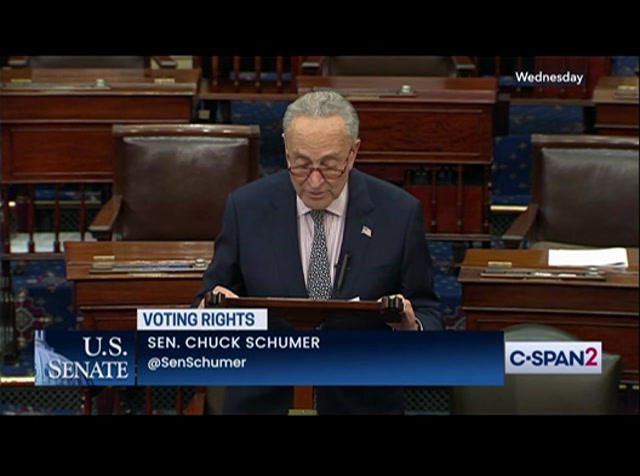 at the polls. republicans are saying it's okay to limit polling places and voting hours and shut the door to more expansive vote by mail. i mean, my god, why aren't all of my colleagues outraged by these laws? frankly, we haven't heard a clear explanation from republicans at all because they refused for this chamber to even hold a debate. it's ludicrous, ludicrous for them to simply state that the federal government has no role to play here. they should read the constitution, the constitution of these united states of america. it precisely empowers congress to regulate the, quote, times, places, and manners, unquote, of holding elections. the congress, us. sometimes the federal government has been the only recourse when states conspire to shut voters
6:07 am 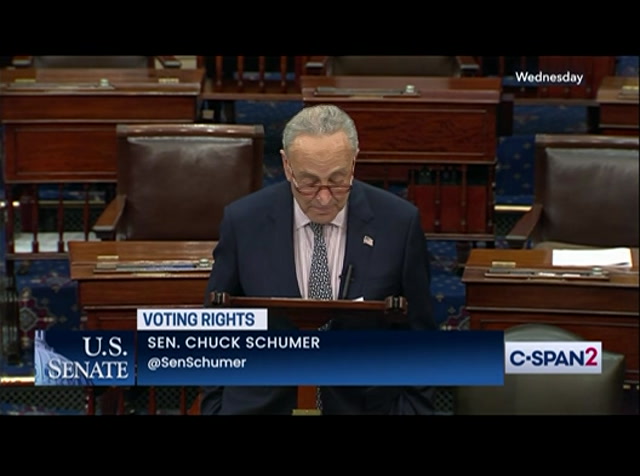 out. madam president, the fight to protect our democracy is far from over in the united states senate. senate democrats have made clear that voting rights is not like other issues we deal with in this chamber. this isn't about regular old politics. it's not even just about regular policy. it's about protecting the very soul of this nation. about preserving our identity as a free people who are masters of our own destiny. republican obstruction is not a cause for throwing in the towel. as soon as next week i'm prepared to bring the john lewis voting rights advancement act here to the floor. what we saw from republicans today is not how the senate is supposed to work. this is supposed the greatest -- the world's greatest deliberative body where we debate, forge compromise, amend,
6:08 am 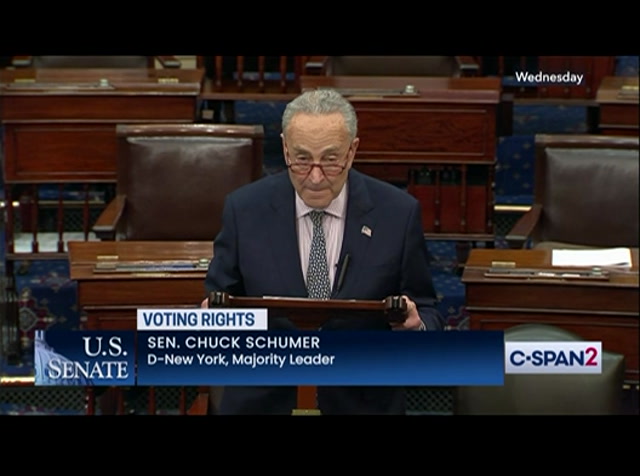 and pass legislation to help the american people. that is the legacy of this great chamber. the senate needs to be restored to its rightful status as the world's greatest deliberative body. now, in the aftermath of the civil war and as the nation began the colossal work of reconstruction, america was more divided than at any point in history. it was hard to imagine that a single nation could endure after the bloody conflict of the four previous years. at the time the republican congress set to work on granting newly freed slaves the basic freedoms that had long been denied to them. these freedoms were eventually enshrined in the 14th and 15th amendments granting due process and the right to vote to
6:09 am 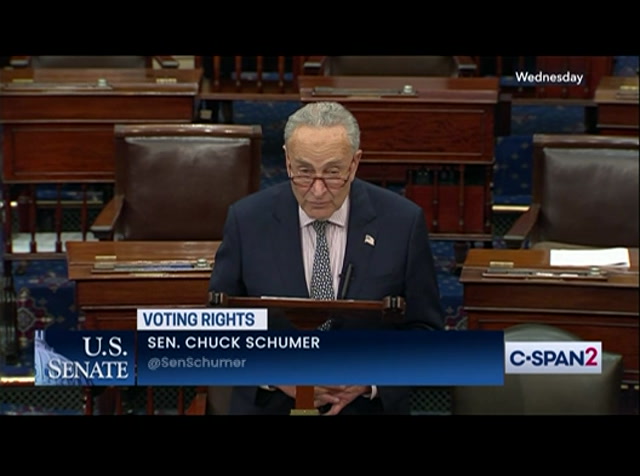 all citizens, regardless of color or race. today these amendments rank as some of the greatest and most revered accomplishments in congressional history. they are proof that our country is capable of living up to its founding promise if we are willing to put in the work. but at the time the minority party in both chambers refused to offer a single vote for any of the civil rights legislation put forward during reconstruction. not one vote. not one vote. they argued these bills represented nothing more than the partisan interest of the majority, a power grab they said from vejful northeastern -- vengeful northeasterners but that didn't stop the majority. if expanding basic freedoms meant going it alone, that was something they were willing to
6:10 am 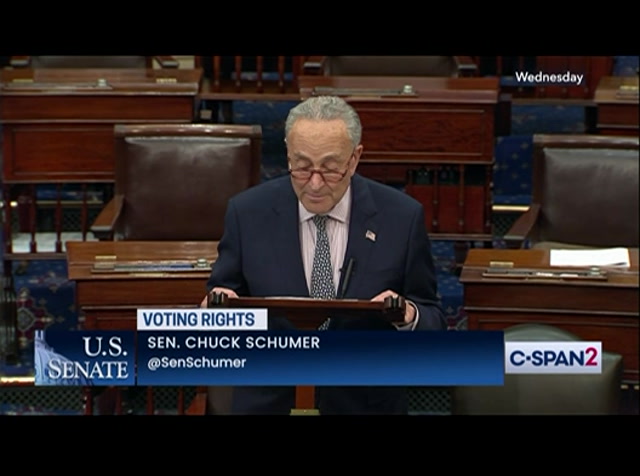 do. today we feel the same way. to the patriots after the civil war, this wasn't partisan. it was patriotic. and american democracy is better off today because the patriots in this chamber at that time were undeterred by minority obstruction. again today we feel the same way. today the question before the senate is how we will find a path forward on protecting our freedoms in the 21st century. members of this body now face a choice. they can follow in the footsteps of our patriotic predecessors in this chamber or they can sit by as the fabric of our democracy unravels before our very eyes. i yield the floor.
6:11 am 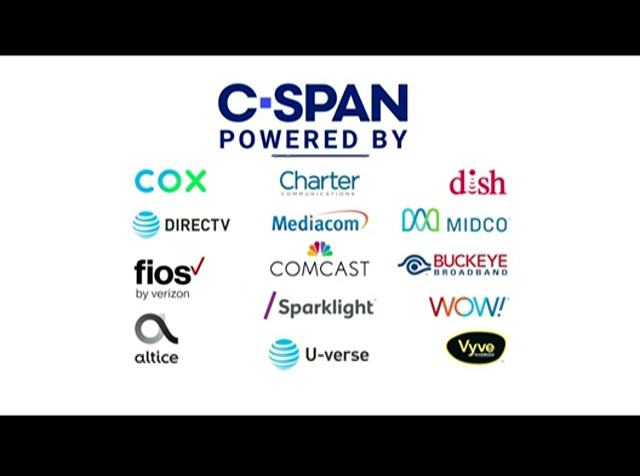 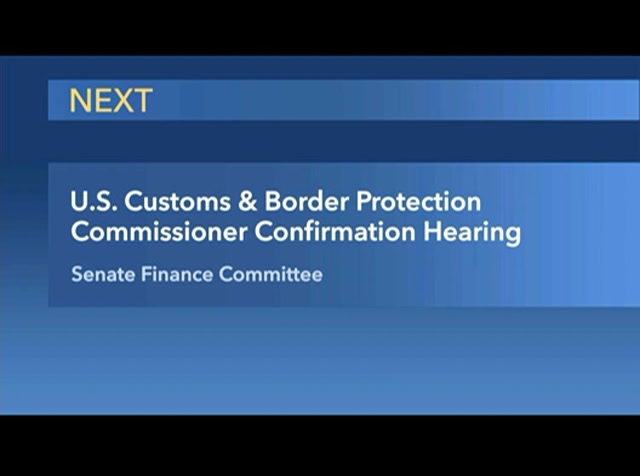