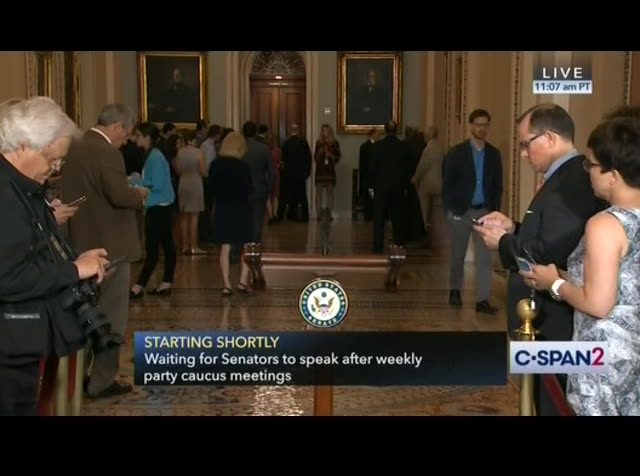 [background noises] [background noises] >> waiting for the senate to gavel back and forth legislative business. they are set to return at 215 eastern a few minutes from now. we will continue to watch this thing here as we wait to get
2:09 pm

remarks from party leaders returning from their party caucus luncheon. short time ago we spoke with the reporter to get the latest on house negotiations on the border bill. >> house voting today we will get an update on one of the issues that the house is considering, or moving to consider, the order bill. kelly joins us with an update on the border bill she's a reporter with [inaudible] in the house measure $4.5 billion for humanitarian assistance and border security. where do things stand at this point? >> quite a tussle, not just between house and senate but between house democrats. more liberal members of the houses part democratic party caucus want to see additional safeguards in place following a series of scathing reports about conditions in influx of facilities and other places housing child migrants who are coming for claiming asylum at the border at times coming unaccompanied and reports of no
2:10 pm 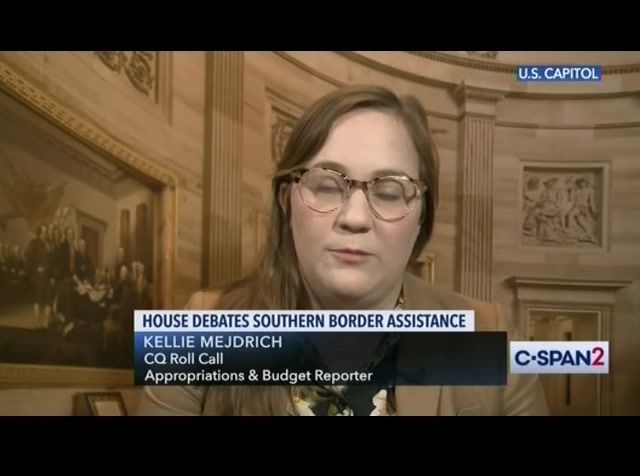 toothbrushes accompanied with the trump administration's arguments that in court have fired up the progressive base of the democratic party and they would like to see additional safeguards in place to make sure that they are standards and protocol including about child and adult hiding, included in this package. they are seeking additional changes to a text introduced last week and house rules committee plan to report something possibly even on monday about this border supplemental but now as discussions have dragged past meaning time that was a rescheduled time to deal with this border bill and it's up in the air as to what time today the house democrats will come up with how to put this bill on the floor and get things moving. >> can you tell us about the excited prices that lawmakers are trained to use.
2:11 pm 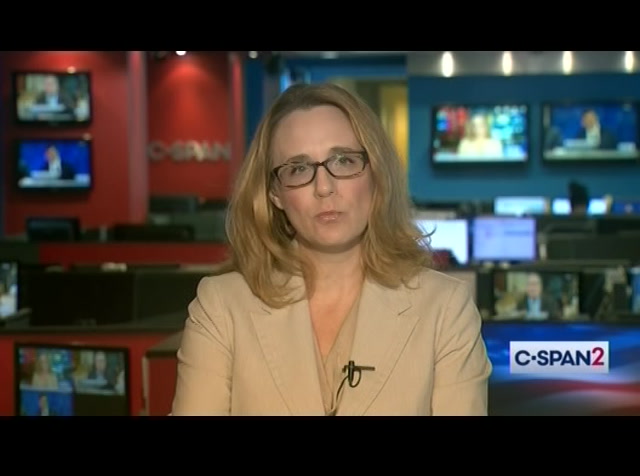 trying to bring this up as quickly as possible and what is the timeline and how long do they have an especially now with the delayed rule committee meeting? >> late monday night the rules committee decided to put in what is known as same-day authority which allows consideration of the appropriate measure thursday of the same day that that measure would be reported from the rules committee which is the clearinghouse that sets up all florida date in the house. is a bit of a tussle to see when and how the house will report out this rule and bill reported supplemental. on the senate side they could move as early as today if they got unanimous consent from all their members to work on a bipartisan border supplemental that is the chair and ranking member of the senate probation committee came to agreement on a funding measure but again the house package looked more strict control on customs and border protection and requires different types of reporting related to the concerns about conditions at the detention
2:12 pm 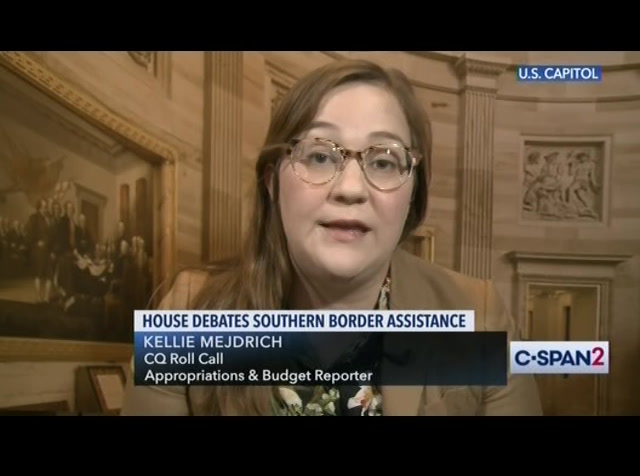 facilities. that seems to be the real key push from the role democrats in the house. they want to see in addition to what the senate is moving. it is possible the house will run out of time in the senate whatever they pass on to the chamber and it's something everyone is looking at today is a waiting game to see who prevails here? will the house influence the senate package or will the house have to swallow whatever the senate can pass. >> sound like a real split between the democrats in terms of protecting the money and not allocating it to go to enforcing the trump immigration policy on security and house democrats met with this morning with house speaker pelosi what was she telling them? >> she said they will be working to try to add language to satisfy the member concerns about obviously the speaker has told people that they have a legitimate concern she's willing to work with them but again this
2:13 pm 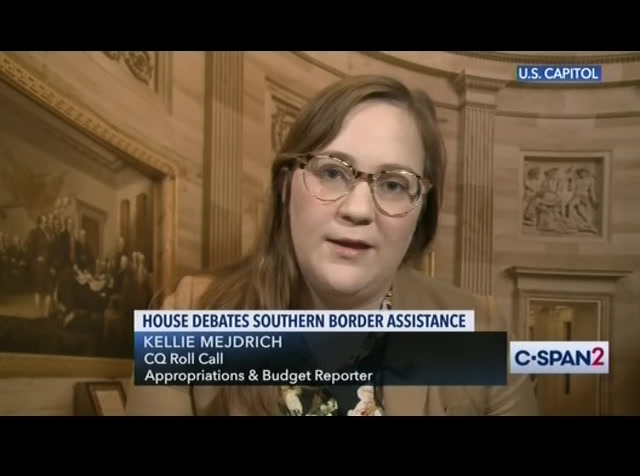 has to be viewed in the context of the republican controlled senate. what can the senate get to the president quickly? besides democrats and publicans know that there is a deadline coming up at the beginning of july where health and human services and customs and border protection are reaching the breaking point in terms of the amount of funding they have to spend on programs that is why they've asked for extra money. even though there are policy concerns so far summaries of what we seen that house appropriations chairwoman of new york would propose to change in the house border supplemental does not move dollars around but requires more reporting and so some of this policy argument right now may end up being something that happens at the house democratic party level but possible the senate could test it self beyond the house and take over what will be going to the president at the end of the day. >> the president saying the white house saying it's
2:14 pm

promising to veto the house measure. what are you hearing about support from house republicans? >> house republicans as we reported last week here at gq rollcall we reported that they were largely planning to put the weight on the senate proposal even though the statement of the ministration policy threatening a veto and there's a lot of reasons why there's negative response from the white house about this but in the same time as the pelicans will be hard-pressed to disagree with a proposal that was negotiated between the senate republican chairman of the provisions committee from alabama between the top democrat on the senate for patients committee from vermont and i think the president would be hard-pressed not to sign billions of dollars of aids for those agencies which are suffering and need more money in order to pay their workers. >> kelly, appreciate the update we continue to follow you at ke l and aj on twitter and you report at cq .com
left
right
Borrow Program
tv