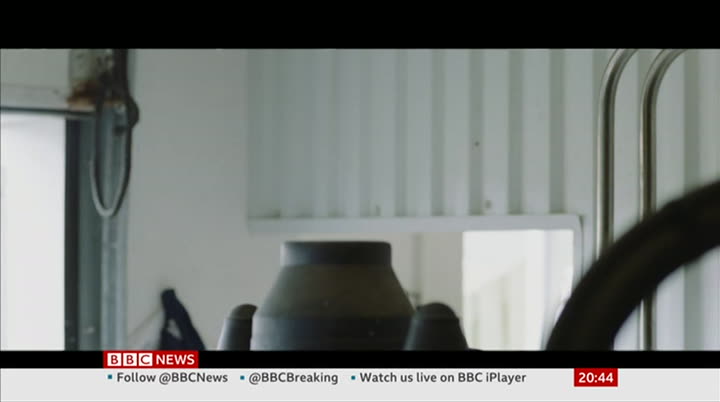 faced with the threat of bankruptcy and ever more suspicious of the forces which may have driven her husband to an early grave, inga finds her own voice, encouraging herfellow farmers to take back control of their lives through facebook blogs and milk spray protests, throwing shovel loads of manure at authority, both metaphorically and literally. in his 2015 film rams, writer—director grimur hakonarson explored the feud between two sheep—farming brothers who find themselves facing a cull that threatens both their ancestral stock and their entire way of life. here he peels back another layer of icelandic culture, focusing on a woman making her mark in a very male—dominated world.
8:46 pm 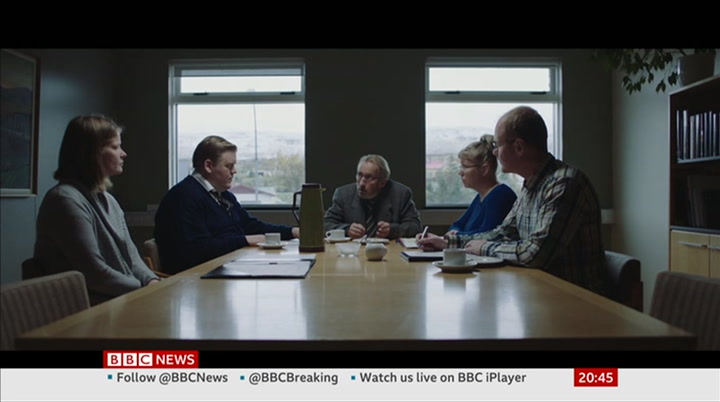 there's a touch of frances mcdormand's character from three billboards outside epping, missouri, and the rebellious figure into which inga transforms. although anyone who enjoyed the 2018 icelandic hit woman at war may see closer ties with that film's eco—warrior heroine. arndis hronn egilsdottir does
8:47 pm 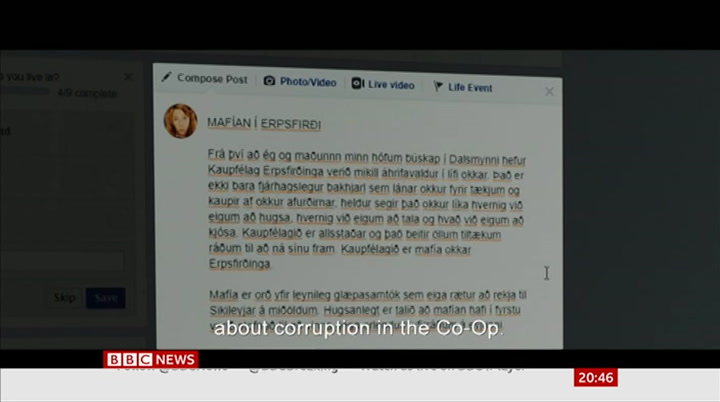 a terrificjob embodying inga's gradual change from stoically suffering farm owner to unstoppable force of nature. a change that catches everyone by surprise, friends and foe alike. pitched somewhere between a personal drama, a bone—dry black comedy and a sociopolitical thriller, the county is a melancholy oddity, carried shoulder—high by its central performance and framed in widescreen vistas that perfectly capture both the mystery and the loneliness of this landscape. you can find the county on curzon home cinema. singing voice. bell tolling. from iceland to bosnia
8:48 pm 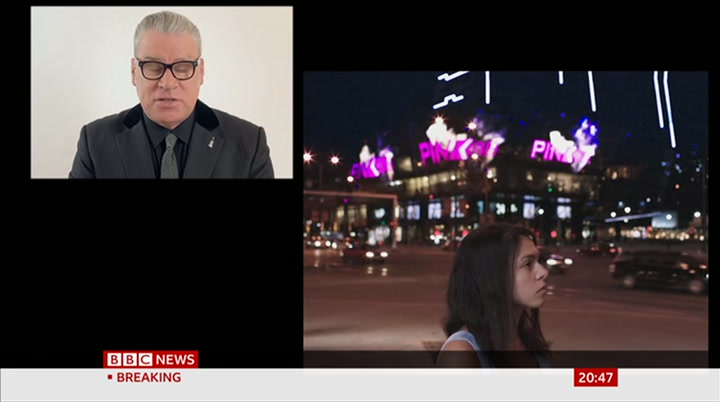 via the netherlands, in take me somewhere nice, the arresting feature debut from ena sendijarevic. sara luna zoric is alma, the dutch—bosnian teenager who journeys from the home in holland that she shares with her mother to visit the hospitalised father whom she lost to nostalgia for his homeland many years ago. she's been told that her cousin will help herfind her way but he claims to be too busy to take her anywhere — leaving alma to be abandoned and kidnapped, helped and hindered, loved and hated by emir and his friend denis. clearly inspired by the tone ofjim jarmusch‘s indie american road movie stranger than paradise, take me somewhere nice has a deadpan absurdist streak throwing its protagonist together on a seemingly aimless but actually rather moving odyssey. a coming—of—agejourney variously furnished with lost suitcases, heady encounters, and meagre coffins.
8:49 pm 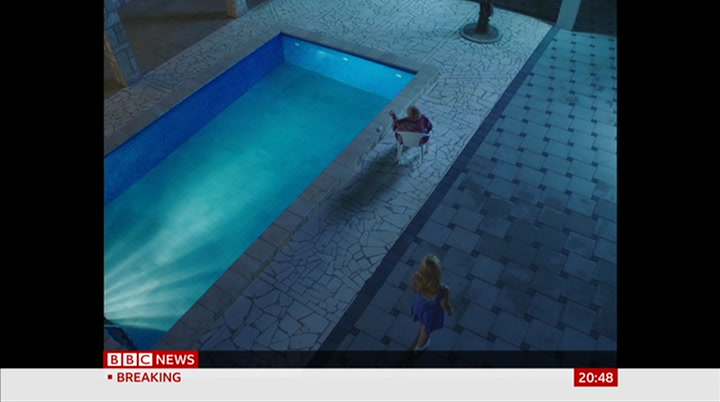 the colourful academy ratio framing finds strange beauty in unlikely circumstances as action moves from derelict houses to magical theatres from the towns to the mountain tops exploring its central themes of migration and duality through the divided soul of alma who is at one point literally cut in half. and note that is not a plot spoiler. it's just another peculiar detail in a film filled with memorable images in which everything and nothing appeared to be happening simultaneously. take me somewhere nice is now available on moopy. i first saw finnish director j—p valkea paa's film
8:50 pm 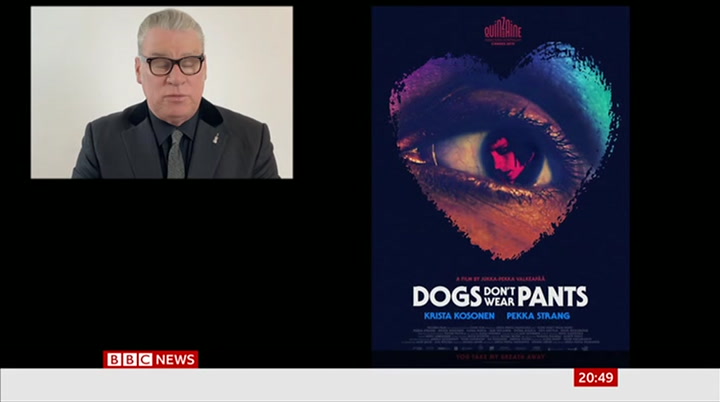 dogs don't wear pants at a film festival in strasbourg, and it was due to be playing in uk cinemas just as lockdown began in march. it is now available on a range of uk streaming services and it's well with your attention. the story follows a middle—age heart surgeon whose life falls apart in the wake of tragedy but who finds unexpected escape from pain in the rituals of bondage. maintaining a remarkable balance between dry humour and deadening grief, valkeapaa — who made the visitor and they have escaped, takes us tumbling down a rabbit hole into a wonderland world of sex—positive wish fulfillment. despite the title which in english at least has overtones of naff carried—on style buffoonery, the result is sometimes shocking, often funny, but ultimately redemptive and uplifting. the same cannot be said
8:51 pm 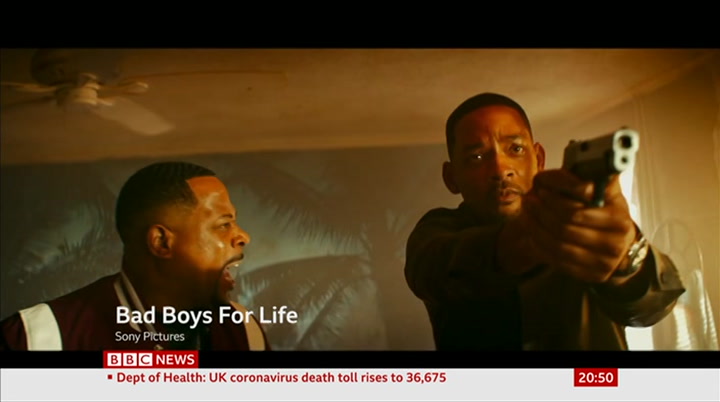 of bad boys for life, the belated three—quel to a franchise everyone thought had run its course back in 2003 but would return to cinemas earlier this year to surprisingly crowd—pleasing effect albeit without michael bay who makes a fleeting cameo appearance. it is carnage. you didn't shoot anybody? come on, cap, you know i shot some people. will smith and martin lawrence are back — older but not necessarily wiser — one longing for retirement, the other out for revenge. it's a one—note gag that didn't tickle my funny bone although, in the interests of editorial honesty, i must confess that the rest of audience in the packed cinema i saw it in injanuary appeared to enjoy it enormously. whether it will get the same kind of response in front rooms around the country remains to be seen. you can own it on dvd and blu—ray from monday.
8:52 pm 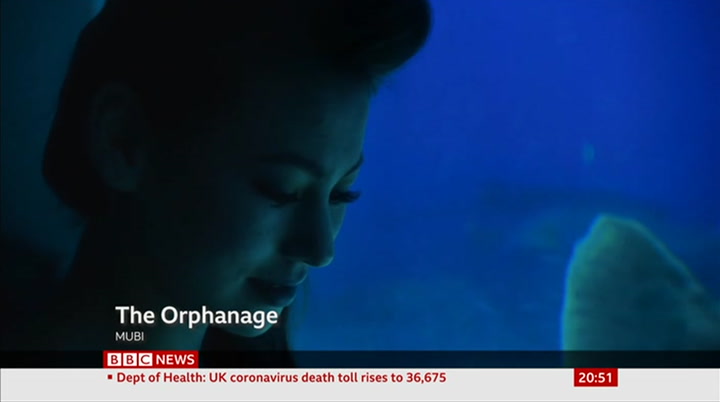 personally, i'd give the hollywood blockbusters a miss and check out something more adventurous like the orphanage which anna smith recommended here on the film review last week and is now available on mooby. the tale of a teenage boy's life in soviet—occupied afghanistan, this beautifully empathetic film has something of the true grit of a coming—of—age story that does not shy away from the grim realities of its central character's circumstances. but the use of bollywood—inspired fantasy sequences is a masterstroke, expressing the inner life of these downtrodden youngsters with wit, dexterity and surprising sincerity. but my own pick of the very best film currently
8:53 pm 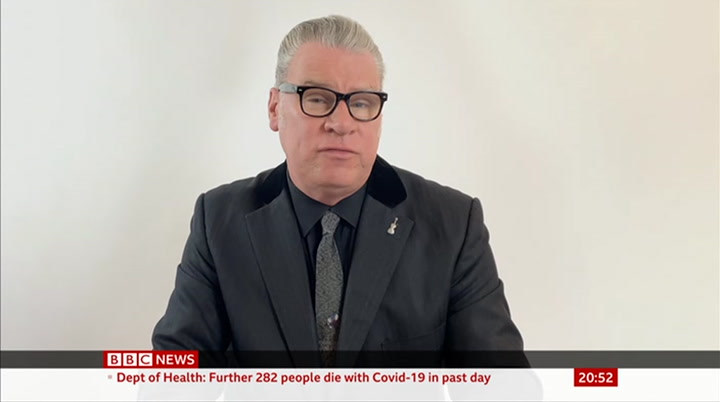 available for home viewing is never really sometimes always — a brilliant drama from eliza hittman that addresses the urgent contemporary issue of reproductive rights through a coming—of—age story that presents a note—perfect portrayal of female friendship. i saw you were not at school today. i went to the doctor. are you ok? yeah, i'm fine. what's wrong? girl problems. combining the melancholy realism of midnight cowboy with humanism, this is a remarkable film from an oustanding film—maker. it is honest, truthful and powerful. do not miss it. i will leave you with a reminder that even though cinemas are currently closed, there is a whole wealth of movie heritage out there on the web with films like the third man coming
8:54 pm 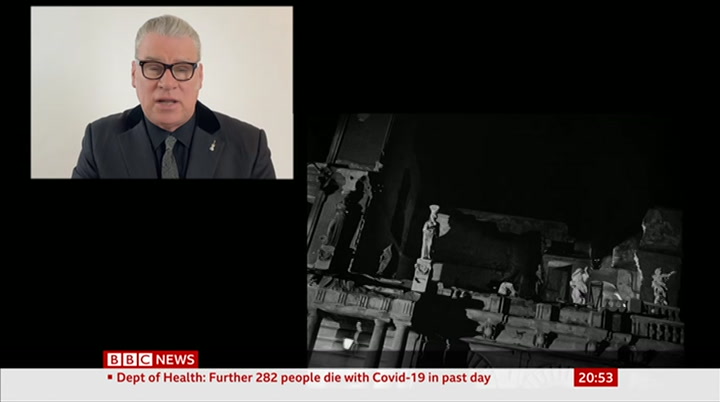 to bfi player on monday, giving you a chance to catch up on all those classics you'd always wanted to watch. that's it for this week, thanks for watching the film review, and i will be back next week with more home viewing treats. a lot of sunshine around today but there is also a few blustery showers about. and across the northern half of the uk the winds have been howling the last day or so especially around western scotland, the pennines, the highlands as well and on top of that some heavy rain. this is the low pressure that has brought the rough weather to northern parts in the last day or
8:55 pm 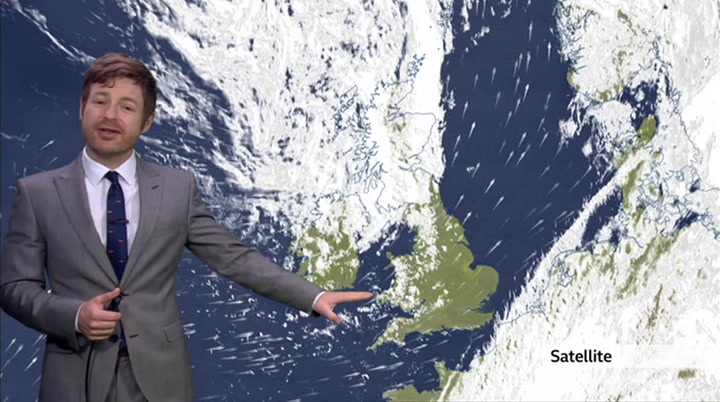 so. northern parts in the last day or so. still close by making its presence felt. but the south of the country is closer to high—pressure, you have two extremes. rough weather in the north, cloud cover across scotland, northern ireland and the la ke scotland, northern ireland and the lake district but for the south it is not quite as windy although still quite blustery closer to the high—pressure. gusts of wind in the north in excess of 50 mph through the course of the afternoon in the midlands in excess of a0 which is strong enough to take twigs and branches off of trees this time of year. the temperatures into the afternoon will vary from about the high teens to maybe 20 and london and much fresh there off western scotla nd and much fresh there off western scotland was at the rain and window —— wind will continue through this evening. the rain may last all night in scotland. patchy rain extending into the lake district, parts of yorkshire too. to the south it will be dry. it starts off dry and sunny in the south but you can see in northern areas in the country always
8:56 pm 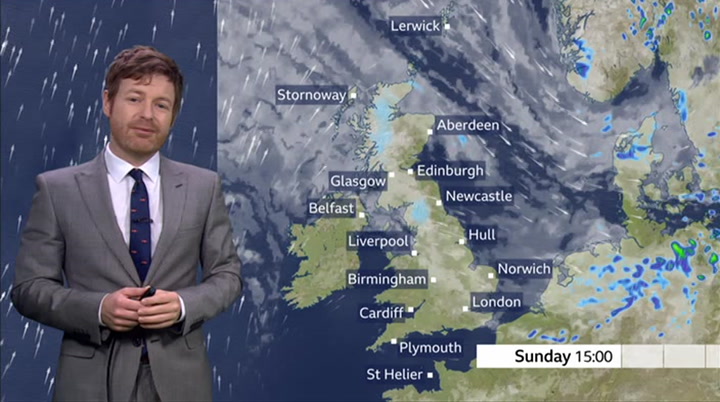 a bit more cloud. that cloud in any rain to it should fade in the day. a lot of us are left with a decent sunday, best of the weather closer to the high—pressure in the south. 18 in plymouth, 22 in london. sunday is also going to feel warmer because the winds will be so much lighter. that high—pressure does win as we head into next week. it doesn't from the south but it is just on the edge of us. we are expecting weather fronts to brush the north—west of the uk so that does me northern ireland and western scotland in for some cloud and rain on monday but the vast majority of the uk is in the vast majority of the uk is in the sunshine and southerly winds, those temperatures will be rising up to 25 in london and 20 expected in newcastle. the week ahead if you like warm weather is looking very promising. those temperatures will keep on climbing. there is a possibility they could hit the high 20s sometime next week in the south.
8:57 pm 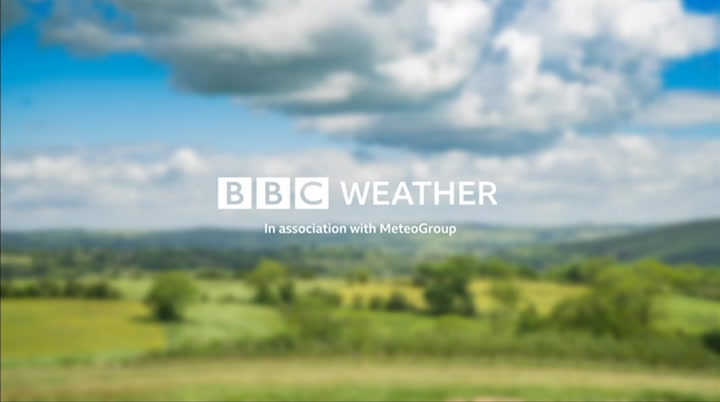 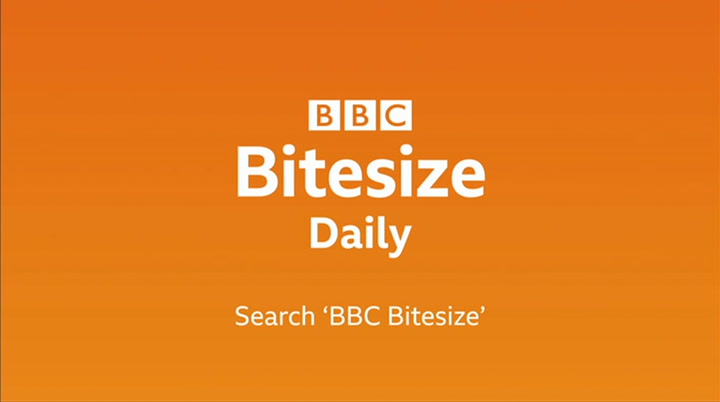 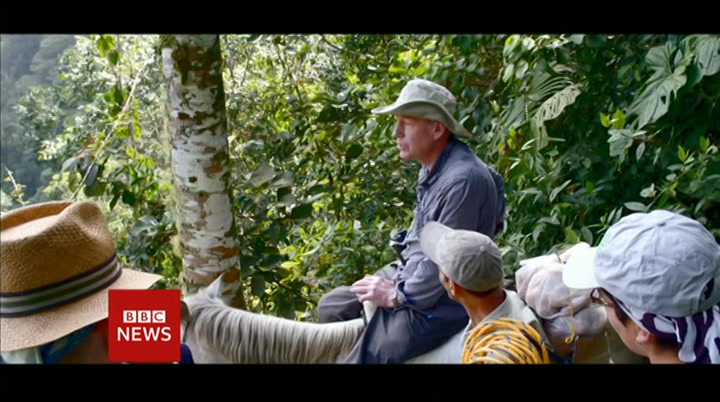 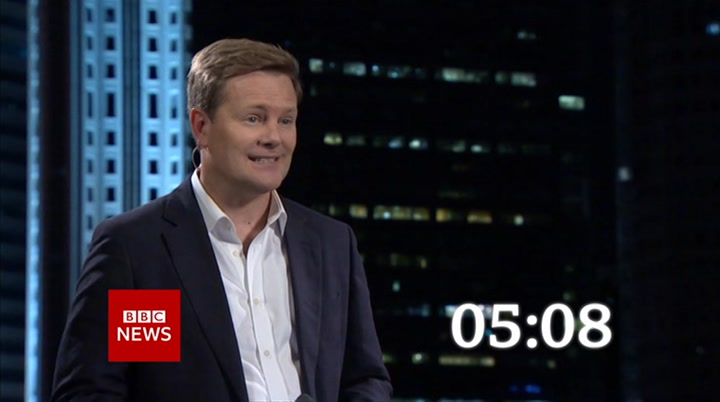 this is bbc news with the latest headlines for viewers in the uk and around the world. a senior aide to the uk prime minister, dominic cummings, faces calls to resign after he travelled hundreds of miles with his wife who had coronavirus syptoms during the lockdown. it's a question of doing the right thing. it's not about what you guys think. the government defended him, saying he wanted to stay with family to ensure he had childcare if he got symptoms of coronavirus. mr cummings is in the public eye, but the reality of the matter is that a four—year—old child's welfare is the important thing. spain has further eased its lockdown. tourists can travel to the country again from july and top—flight
left
right
Borrow Program
tv

Mark Kermode gives his unique take on the best and worst of the week's film and DVD releases.